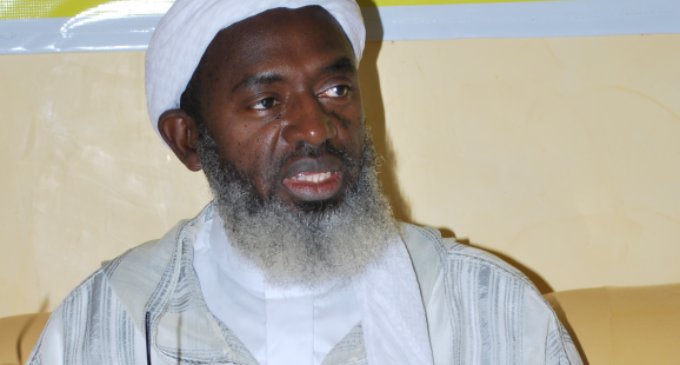 Kaduna-based Islamic cleric, Sheikh Ahmed Gumi has disclosed that there is a possibility for the 42 abducted students and staff of Government Service College, Kagara, Niger State to regain their freedom on Sunday.

Gumi who has been in between negotiation between the government and the kidnapping terrorists stated this in an interview with Sunday Punch.

Recall that terrorists donning military uniforms on Wednesday morning stormed the Kagara school to carry out the abduction after killing a student.

The incident has since generated public outcry over the increasing spate of insurgency and the safety of the hostages.

The government has been in contact with the abductors but there are uncertainty over the state of their negotiations. Government officials and Gumi have however echoed that amnesty blankets for the terrorists and said they were victims who took up arms to defend themselves.

Speaking with Sunday punch, Gumi said, “What I hear from (our contact) is that they are still negotiating to release them (schoolchildren and staff members) and hopefully, hopefully, we will get them tomorrow (Sunday), hopefully.

“Up till now, they have not been able to identify the boys, who (did the kidnapping). You know they are splinter groups. So, when you are dealing with groups like that in a vast area, with no communication, no road, then it has to be slow. But the main actors are ready to negotiate and stop the kidnapping altogether.”

Gumi also clarified that the terrorists are not requesting for money but they want the government to release their members who are in the custody of the security agencies and amnesty programmes.

He said, “No, no; it does not. If it involves money, it means the same criminality. They are saying these are our conditions and we will stop this thing. So, negotiation is ongoing and their demands are being looked into, which are very simple.

“They have just four people in detention and they are asking for them. They also need assurance and that is why we are calling for amnesty for them. They have been fighting for a long time; it’s been more than eight years.

“These people are fighting for their existence because when they go to town they are lynched, when the police see them on the road, they arrest them; sometimes they are executed extrajudicially, so they took arms against the state. When you give them amnesty, all of them will drop their weapons.”

Why give amnesty to criminals who kill, kidnap people? – Niger Senator kicks against amnesty for bandits