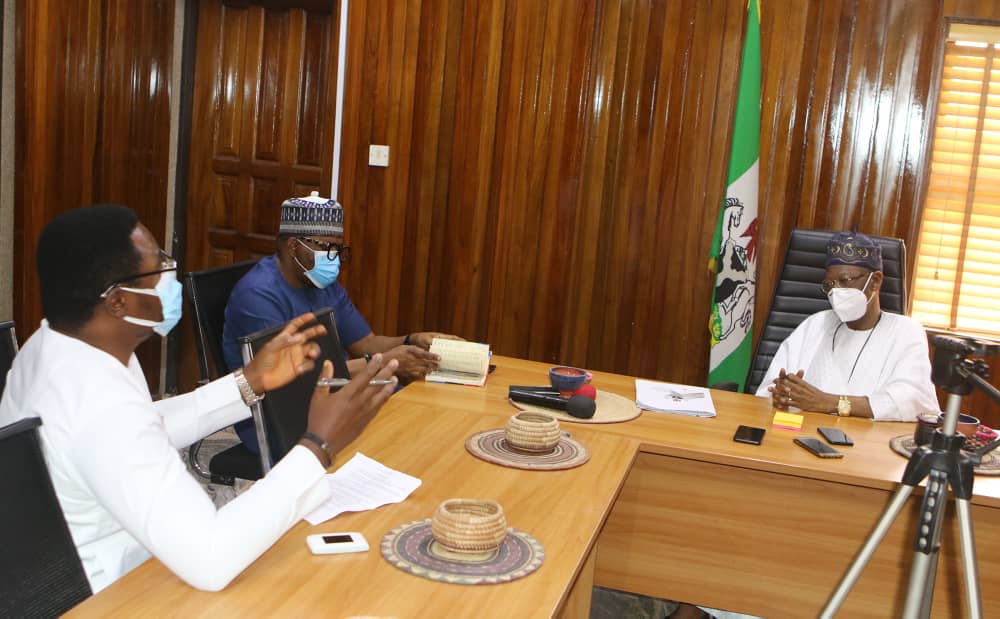 There is more to Lai than meets the eye. He is more controversial than he is understood. And he has chalked up quite a reputation for himself as an unabridged talker. Lai does not mince his words. He says them as they erupt from his consciousness. He could be carefree in his cadence but firm in delivery. Lai is Lai. Loved, hated, reviled, mocked and hailed all the same — depending on the political divide.

I am one of Lai’s harshest critics. I have a reason to be. And my position has not changed. But I would like to share my encounter with the minister of information whom I had described as ‘’the most dangerous man in Buhari’s cabinet’’ in a previous article. My meeting with the minister was scheduled for 12pm on Friday. I got to his office 30 minutes before the time and took brief residence at the lobby. I was absorbed in surveilling my wristwatch. I had thought the minister, as it is customary with government officials, would keep me waiting for an hour or two. Yes. I have had depressing experiences with some political leaders in this regard. Some of them lack discipline for time. They could keep you waiting as much as forever. One actually kept me waiting for three hours.

Lai sauntered into the meeting room at exactly 12pm. I checked my time. For me, this shows respect for his guest. And it also reveals a part of the minister that has been submerged in the gale of controversies he sets off anytime he speaks. I understand the minister is disciplined when it comes to time. Some seemingly infinitesimal gestures matter. Keeping to time tells a great deal about character.

Well, we went into the business of the day. The minister spoke on an array of national issues. I asked him why the government wants to stifle free speech and press freedom by sponsoring bills against social media at the national assembly. He explained the government’s position with a surfeit of gesticulation. Let me share a bit of what he said here. You can read the full interview on TheCable.

Lai: ‘’We wrote out letters to stakeholders NUJ, Guild of Editors, Twitter, Google, and Facebook. We wrote them letters; even online editors, lets come and sit down together to regulate this platform because if we don’t, you’ll be the ultimate loser; because if your platform is described as a fake news platform, you’ll lose business; you’ll lose credibility. And we have copies of the letters. Some outrightly said they were not coming. So, even as we speak today, we are not abandoning that, we believe that it should be all stakeholders, we are only just coordinating. We did not go to national assembly to ask for a law to regulate social media, we invited stakeholders; platform owners, practicing journalists and everybody. Yet we were rebuffed but no government will fold its arms and allow fake news and disinformation.’’

Really, considering the way social media was deployed for mass assault in the US by former President Trump, I think we need to be having conservations on how to insulate our country and its citizens from the perils of this Frankenstein technology.

The burden of the spokesperson; the spokesperson is the whipping child. He is the patsy and chopping-block for all of government’s missteps. He takes buffeting but not plaudits. I think it takes a bit of reflection to understand the knotty position spokespersons find themselves. Some of us will do much worse if we are in that stead.

A bit of understanding, sometimes, is needed because we forget that the enterprise of government is heavily dependent on making tough decisions and calls that could be unpopular but not without some merits — if we care to weigh both sides on a fair scale before falling into the lure of coordinated uproar.

Yes, the government spokesperson’s role is to argue the merits of tough decisions in favour of the government. But the error spokespersons like Lai often succumb to in information dissemination and management, is the invincible tone of the “government is always right” and the brazen annotation that there is very little that the people can do about it — which is fundamentally the instigator of the public outcry and distrust that assails government decisions.

And we must not stop holding the government and its officials to account. It is our bounden duty as citizens.

Why Reps’ plan to disqualify journalists without media degrees is laughable