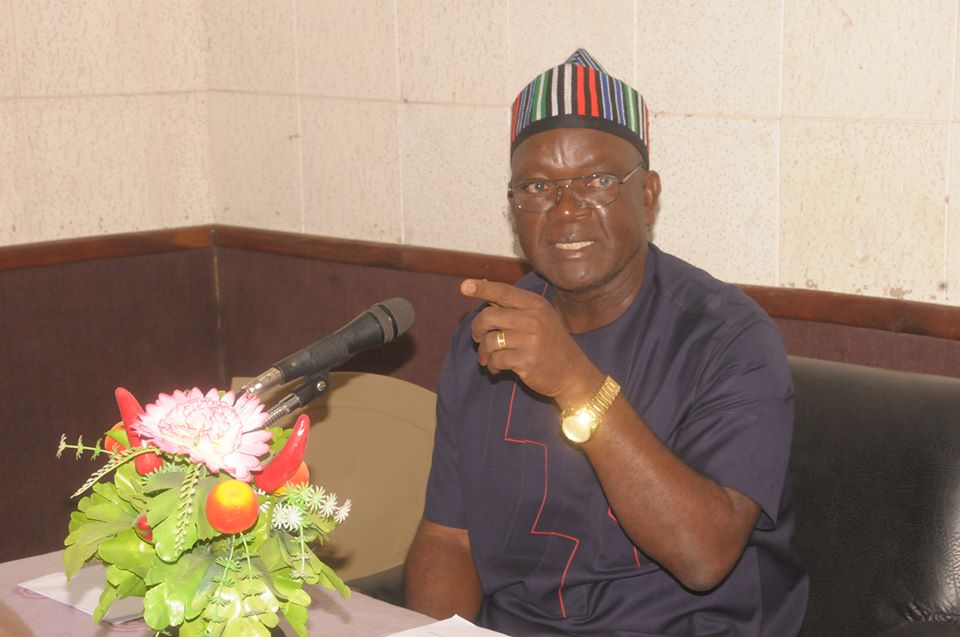 The Governor of Benue State, Samuel Ortom, has faulted the statement made by his Bauchi State counterpart, Bala Mohammed, which supports the free movement of herders with AK-47 rifles.

NewsWireNGR had reported that, the Bauchi State Governor, Bala Mohammed had on Thursday said Fulani herders have no option but to carry AK-47 for self-defence because they are being attacked and killed by cattle rustlers.

Bala had also condemned South West, South-East Governors, and also Governor Samuel Ortom of Benue State over the manner in which they are handling farmer-herder clashes.

Faulting the Governor’s statement, Ortom, in a statement through his spokesman, Terver Akase, wondered which law Mohammed cited to support his stance.

The statement said, “Governor Ortom wonders which section of the law the Bauchi State Governor cited to support herdsmen’s free movement around the country with sophisticated weapons.

“He recalls that it was the same Governor Mohammed who once said on national television that a Fulani man is a global citizen and, therefore, does not need a visa to come to Nigeria and that the forests belong to herdsmen.

“Governor Ortom wonders if his friend and colleague in Bauchi State knows a thing or two about the horrendous activities of herders in parts of the country to warrant the emotional defence and justification that he has repeatedly put forward in their favour.

“The Governor finds it unfortunate that those who are trusted with the people’s mandate and should ordinarily uphold truth and justice have chosen to mislead the country.

“He stresses the need for leaders to be cautious and retrace their steps which are capable of leading the country to anarchy.”