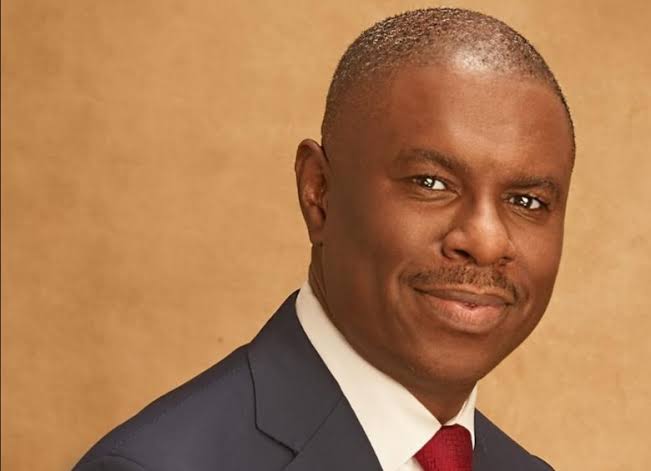 In the South West, Sunday Adeniyi Adeyemo, popularly known as Sunday Igboho has recently been in the news. The self-styled Yoruba activist gained popularity (or notoriety) recently in the country after he led an attack against a Fulani community leader in Oyo whom he accused of harbouring Fulani herders engaging in criminal activities. Following persistent attacks in Ibarapa area of Oyo State by suspected Fulani herdsmen, Mr Adeyemo issued an ultimatum to the herdsmen to vacate the area.

When the ultimatum expired, he led some youth to the house of the head of the Fulani community in Igangan town , Abdulkadri Saliu, chased him out of the community . The Fulani leader, called the Seriki Fulani has since relocated to Kwara State with his family. Mr Adeyemo subsequently visited Ogun State and ordered herdsmen out in his self-appointed mandate of chasing Fulani herders out of Yorubaland.

In the South East on December 12, 2020, leader of Indigenous Peoples of Biafra, Nnamdi Kanu, announced the formation of Indigenous People of Biafra (IPOB) Eastern Security Network (ESN). He claimed the purpose of the ESN is to protect Igbos against Fulani raiders. Unwilling to countenance the formation of a non-state-sanctioned paramilitary organisation on its territory, the Nigerian government was said to have deployed the army to locate ESN camps.

On January 22, Nigerian soldiers invaded Orlu in Imo State to search for ESN operatives. The resulting fracas caused the burning of buildings and death and injury of both soldiers and ESN members. On January 28, more than 400 Nigerian soldiers including Nigerian Air Force planes, were deployed to oust the ESN. The state government declared a curfew which caused civilians to flee the city in large numbers.

In the North Central, in a video clip that has gone viral on social media, Benue State Governor, Samuel Ortom, accused the Federal Government of protecting the interest of armed herders despite the atrocities they commit in different parts of the country worsening the security situation in Nigeria. The governor stated that there is insecurity propelled by armed herdsmen from North West, North East, North Central, South East, South West, and South-South. He argued that the Miyetti Allah leaders must be arrested and prosecuted for the crisis and the government must openly criticise, arrest, and prosecute Fulani herdsmen carrying AK47. He accused the federal government of playing Ostrich with the herdsmen crisis.

The above incidents are snapshots of some Nigerians’ security concerns and sentiments in the past few weeks across the country. They are baffling as they are harmful. Since Nigeria returned to democratic rule in 1999, the country has been grappling with various security challenges – insurgency, kidnapping, and the herder-farmer conflicts. The herdsmen/farmer crises have demonstrated high potential to exacerbate the insecurity in rural and urban communities in Nigeria. Violence between Fulani herdsmen and farmers is one of Nigeria’s most persistent security problems and has left thousands of people dead in the past few years. This is part of the general security challenges in the country and the focus of today’s discourse.

The prevalence of the country’s security crises has become a significant concern for the well-meaning Nigerians considering the impact on the nation’s peace, security, and economy. Destruction of lives and properties arising from farmer-herder clashes has almost become an everyday affair in different parts of the country. These crises have led to acute instability, creating a fearful atmosphere that harms the economy as it discourages investors, both domestic and foreign.

In recent times, the herder-farmer clashes have taken a new dimension as host communities accuse the herdsmen of kidnappings, rape, murder, and all manner of criminal activities. They are perceived as a severe security threat in many communities in the North Central and Southern parts of the country. Today, the herdsmen’s actions might be viewed by many as the greatest threat to Nigeria’s corporate existence.

The origins of the farmer-herder imbroglio are well known. Farmer-herder crises in Nigeria occur due to resource scarcity; there is a growing scarcity of arable land, impending desertification of the Sahel-Savannah, and scarcity of water essential to sustain crop cultivation and cattle herds. The increasing desertification and the effects of climate change have further increased the herdsmen’s drive to move further south in search of grazing land and pasture for their livestock.

These southward movements always pitch them against farmers and the host community whose crops are regularly invaded and destroyed by the cattle during this seasonal movement. The result of this is increased conflict, death, displacement, and the destruction of properties. Cattle rustling, the advent of heavily armed criminal herdsmen and the increasing cultural differences among ethnic groups that predominantly farm, or graze cattle further exacerbate the crisis.

As it is often in Nigeria, this working system was upended by oil discovery in the country. Oil exploration and export made Nigeria an oil economy, particularly in the 1970s and 1980s. Nigeria abandoned the grazing reserve system due to the agricultural sector’s neglect as the mainstay of its economy.

Consequently, grazing reserves which were under a neglected agricultural sector was not sustained. It received little or no attention from succeeding administrations. As a fallback, herdsmen began to resort back to their traditional and seasonal grazing routes, currently interrupted or interfered with by industrialisation, urbanisation, demographic, and other natural factors. This leads to clashes and conflict with farmers and host communities.

The ‘herdsmen crisis’ persists because the government has not demonstrated the much-needed political will to end the crises. For a conflict that has the capacity of tearing the country apart, it is instructive that political leaders have failed to invoke appropriate legislation and executive actions capable of tackling the issue.

Unfortunately, some politicians have sought to capitalise on the crisis. It is indisputable that some local leaders who have been unable to provide good governance to their people resort to ethnic chauvinism by literally pouring fuel on the farmer-herder conflict to ramp up support amongst the local populace enhancing their popularity.

On its part, the federal government might not have shown the right political will to enforce laws that can end the crisis. The government is perceived rightly or wrongly from some quarters as sympathetic to the herdsmen’s activities. This perception is likely because the President is Fulani, the same ethnic group that dominates the cattle business. The government must correct this impression and firmly show that it does not link itself to criminality and conflict, regardless of ethnicity.

Many Nigerians are shocked that the federal government does not seem to deal with the herdsmen-farmer conflicts in different parts of the country with the same strength and determination it shows in similar internal security issues in other parts of the country. Impunity reigns supreme as some criminal herdsmen, especially those engaged in kidnapping, apprehended by security agencies are allegedly released shortly afterwards. The government must show Nigerians its scorecard on dealing with the herdsmen-farmers conflict. Nigerians should know where the government stand on the issue and must see the government as enforcing law and order , whether on the side of herdsmen or farmers.

The herdsmen crisis is a human security issue. There are four main issues of policy and politics invoked in this problem. The first is the adjusting of the mode of the business of cattle rearing from primordial herding system to the present system of ranching as seen in other climes globally. Roving cattle grazing in the age of industrial ranching and mechanized meat production should be discouraged and the culture modified. Secondly, herdsmen are carrying sophisticated weapons freely and are posing threat to life and property, especially when there are laws forbidden this. This impunity should be immediately discouraged, and appropriate laws enforced.

Thirdly, if any herdsman would veer away from the escort of their cattle into kidnapping, rape, armed robbery, they should be viewed as outright criminals. Law enforcement should deal with herdsmen criminals according to law. Fourthly, the clashes between herdsmen and the various communities where they operate poses a challenge of diversity management for the state and federal governments. The government should not allow sentiments and politics to becloud matters of enterprise regulation and crime control.

There is a need to encourage community policing, taking advantage of the already existing vigilante system in most states of the country. Community policing will help intelligence gathering about criminal herdsmen, and other undesirable elements and mischief-makers in our communities while civil police would respond to such threats. This will help address the challenges of waiting for the federal government to deploy security to states when there is farmer-herder conflict.

The federal and state governments should strengthen conflict resolution and peacebuilding mechanisms at state and local government levels and within rural communities, particularly in areas most affected by farmer-herder conflict. The idea that some ethnic nationalities in Nigeria are incompatible is a fallacy. What is lacking is the sense of fairness and equity which brings about suspicions, apprehension, frustration and consequently conflicts.

The government should establish grazing reserves in consenting states and improve livestock production and management to minimise contacts and friction between herders and farmers. The government will be able to do this by revisiting the 1965 Northern Region Government’s Grazing Reserve System and remodelling it to deal with contemporary threats. The grazing reserves will be situated in the northern states where governments have already earmarked lands for this purpose.

In addition to this, the government should also seek the cooperation and support of all parties involved in the ‘herdsmen crisis’ – herdsmen, farmers, state, and local governments, to accept the idea of modern ranching as an alternative to traditional migration of herders which causes friction and other associated threats.

In conclusion, security is crucial to a nation’s sustainable development. The government’s seeming failure to solve the people’s security needs is what has led to non-state actors such as Sunday Igboho and Nnamdi Kanu/ESN to seize the initiative, which ends up creating more problems than solutions and driving the country to the threshold of disintegration. It is what has led a state governor to engage in ethnic profiling openly. It is what will lead to more mayhem unless something is done to solve the security problem now. The federal government must rise to the challenge of bringing an end to the farmer-herder crisis

Related Topics:Dakuku Peterside
Up Next