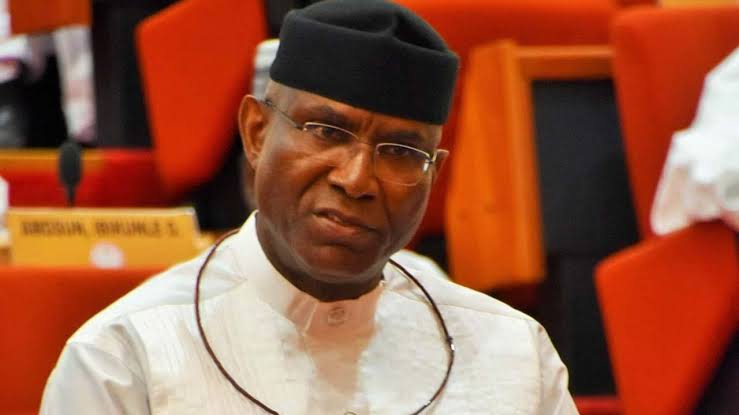 The Deputy President of the Nigerian Senate, Senator Ovie Omo-Agege, said the era of the fewer the better in politics was over, insisting that they were in the era of the more the merrier.

Speaking on Wednesday at the All Progressives Congress, APC, Delta State stakeholders meeting with the APC Revalidation/Registration exercise Committee in Asaba, Omo-Agege said he was committed to the success of the registration exercise, expressing confidence in the committee.

Maintaining that politics was a game of number, he told the people to take the registration seriously by mobilising their supporters for the exercise. He thanked President Muhammadu Buhari for the number of political appointments he has given to Delta state.

While telling the people that they have a chance to right the wrong of 2019 in 2023 by returning good votes to the national, he said the only way to achieve this was to enlarge their membership through the registration exercise. He said he was registered in his unit in Orhomurun-Orogun on Tuesday by the registration committee.

Omo-Agege who spoke further, told the people not to rely on only members of the party but reach out to people across the political party to canvass for votes to enable the APC wrestle power from the Peoples Democratic Party, PDP, in Delta State.

Enjoining the APC to take advantage of the crisis in the PDP to harvest their critical stakeholders into the APC, he thanked the Registration Committee members for coming to Delta to carry out the exercise.

Speaking with journalists on the sidelines of the meeting on what he was doing to strengthen the unity of the party in Delta State, Omo-Agege said: “We are doing our very best. First and foremost, we intend to use this registration exercise to first booster our membership in the State but for far too long, we have operated on this premise of the fewer the better.

“We have come to the realisation notwithstanding whatever differences may exist, that there is strength in numbers. And once we are able to establish our presence in each and every unit in the state irrespective of who gets whatever nomination comes 2023, will stand a better chance of taking PDP out in 2023.

“Haven said that, we are also reaching out to every leader to bury the hatchet and move the party forward to enable us to be more competitive in 2023.

“I am speaking with Olorogun O’Tega Emerhor. Frankly, I expected him to be in this meeting but he has some challenges in Lagos, he called when I was headed here. If he had been here I would have probably gone to Evwreni to see him.

Related Topics:Senator Ovie Omo-Agege
Up Next

NHIS plans to extend health insurance coverage to include Lawyers