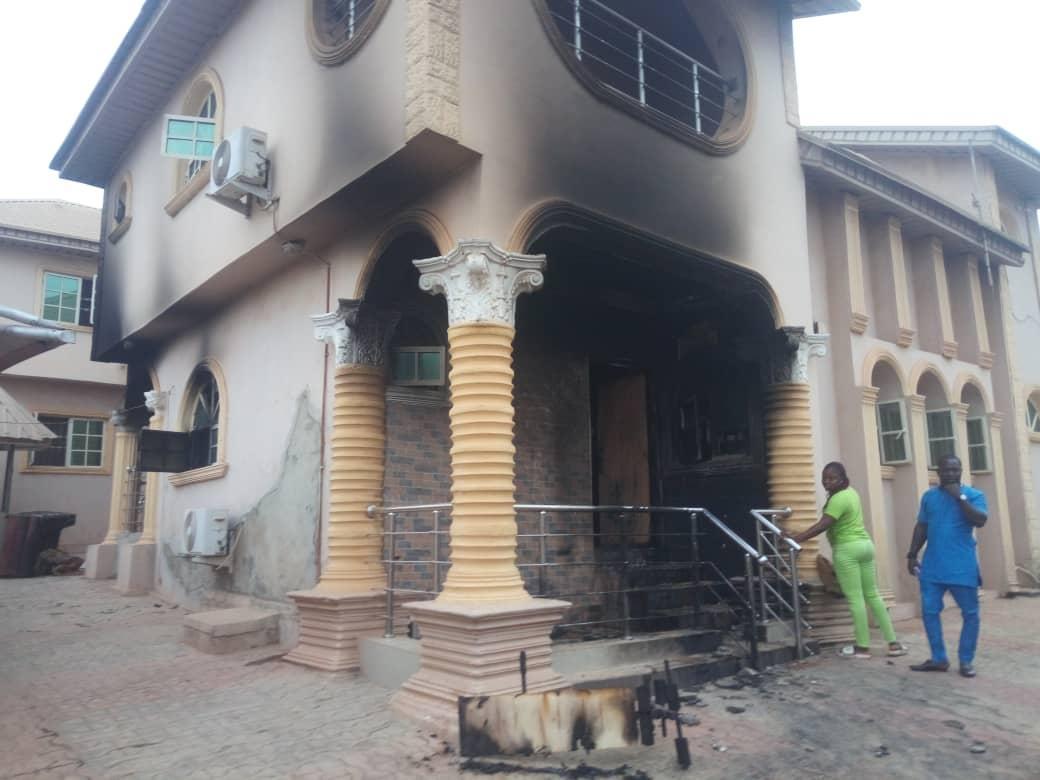 The Oyo State Police Command has said it received a report that hoodlums loaded in a bus and taxi came to set ablaze his house – this is in response to the suspected arsonists’ invasion of Chief Sunday Igboho’s house in Ibadan.

The Police Public Relations Officer in the state, CSP Olugbenga Fadeyi, said this in a statement made available on Tuesday.

Fadeyi also said the police were told that the arsonists shot in the air several times as they put fire to the house located at the Soka area of Ibadan. He said the police had begun an investigation into the incident.

The house was said to have been burnt around 3 am on Tuesday after the power supply to the area was cut off.

The police statement read: “At about 0620 hrs of today 26/01/2021, a report was received at the Santo Police Station that some unidentified hoodlums came to Sunday Igboho’s house at Soka area of Ibadan in a Hummer bus and Micra ( taxi) firing sporadically, and set the house ablaze.”

“The mini sitting room got burnt in the process while the value of other properties is yet to be estimated.”

“Immediately the DPO Sanyo got a wind of the incident, he contacted fire service while he also went to the scene for on the spot assessment.”

“The fire was eventually put out. An investigation has commenced into the incident while the Police are on the trail of the hoodlums”.