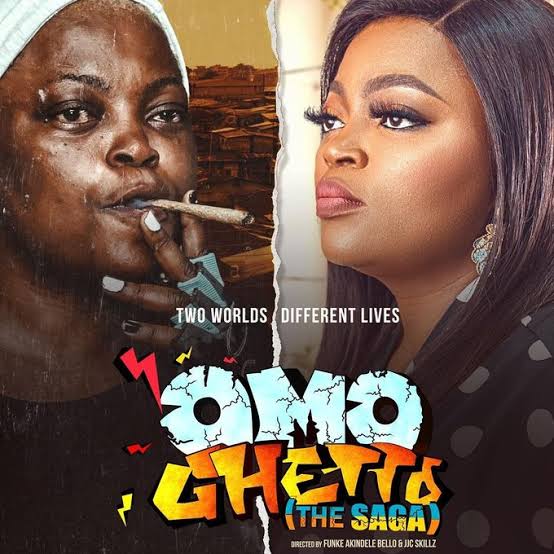 The movie which was released on December 25 2020 broke the record held by Wedding Party, a movie by Kemi Adetiba four years ago.

The feat of the comedy movie was announced by the Cinema Exhibitors Association of Nigeria (CEAN) after it held the number one spot for its third week in a row.

“Omo Ghetto’ has officially broken a four year’s record by knocking off Kemi Adetiba’s 2016 Comedy, The Wedding Party. The movie has been Nollywood highest grossing movie with N453,000,000. In the third place is ‘The Wedding Party 2’ with N433,197,377.” the statement read.

Omo Ghetto is a sequel to an ‘Omo Ghetto’ released in 2010 and it features stars such as Funke Akindele-Bello (as Lefty) alongside, Chioma Akpotha (as Chummy Choko), Eniola Badmus (as Busty), Bimbo Thomas (as Nikky), Akah Nnani (as Mario), Alex Ekubo (Obi Wire), Zubby Michael (as Aza Man), Deyemi Okanlawon (as Stone), Timini Egbuson, Nancy Isime, Paschaline Alex, Mercy Aigbe among others.

Related Topics:Funke Akindele
Up Next