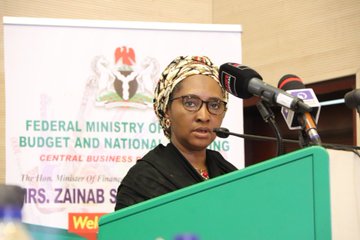 The Minister of Finance, Zainab Ahmed of Friday said the planned sale of public assets by Federal Government will benefit Nigerians and boost the economy.

Mrs Ahmed spoke when she appeared as a guest on Channels Television’s Sunrise Daily on Friday.

“There are some government assets that are dead that can be sold to the private sector to be reactivated and put to use for the benefit of Nigerians,” the Minister said.

The minister had on January 12 disclosed the government’s plan to sell public assets to aid the finance of the N13.58 trillion 2021 budget.

The decision has come under criticism and in a statement on Sunday, a civil society group, Socio-Economic Rights and Accountability Project (SERAP) asked the National Assembly to stop the federal government from selling public assets to fund the 2021 budget.

However, speaking on Friday, Aminah stressed that the “intention is not just funding the budget, it is to reactivate these assets and hand it over and have them bring contributions to the growth in the economy.”