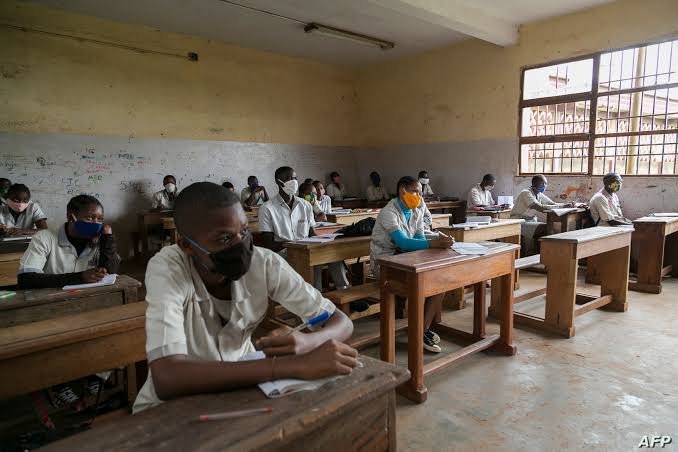 The Task-force on COVID-19 in Abuja has warned teachers in the FCT to fully comply with COVID-19 guidelines or have themselves arrested and prosecuted in the court of law.

Speaking to Journalists after inspection of compliance across schools in the nation’s capital, Head, Media and Enlightenment on COVID-19, Mr. Ikharo Attah bemoaned a situation where teachers in schools visited, heavily violated guidelines, while students fully complied.

According to him, “What we saw was very strong compliance with the students, but very sadly, school workers, teachers, some security men and non-teaching staff believed that the compliance was strictly and only for students.

“Even the ones we saw in Kpaduma, a rural community, where both the students and teachers were not putting on facemasks.

“So we actually felt so disappointed that teachers and school leaders who ought to be the ones spearheading were the ones defaulting the guidelines.

“They are not leading by example. If the teachers don’t put on facemasks, the students won’t also put them on.

“It was so pathetic and sad enough that the teachers did not even have facemasks when we asked them, but the students were bringing out theirs in the rural school.

“It is quite disheartening, but we warmed them strongly that, today was the day of grace, when we get to those schools next and find them violating the guidelines, we will arrest all of them and charge them to court.”

Ikharo explained that it was strategic to inspect the schools on the third day.

According to him, the schools had expected such inspection on the first day, but coming on the third day made them dropped their guard and were taken by surprise.

It was the same with Festival Road Primary School, Garki, even though the Principal, Mr. Shuiabu Mohammed Usman had disclosed that his school has installed five handwashing points and collected more desks to enable physical distancing.