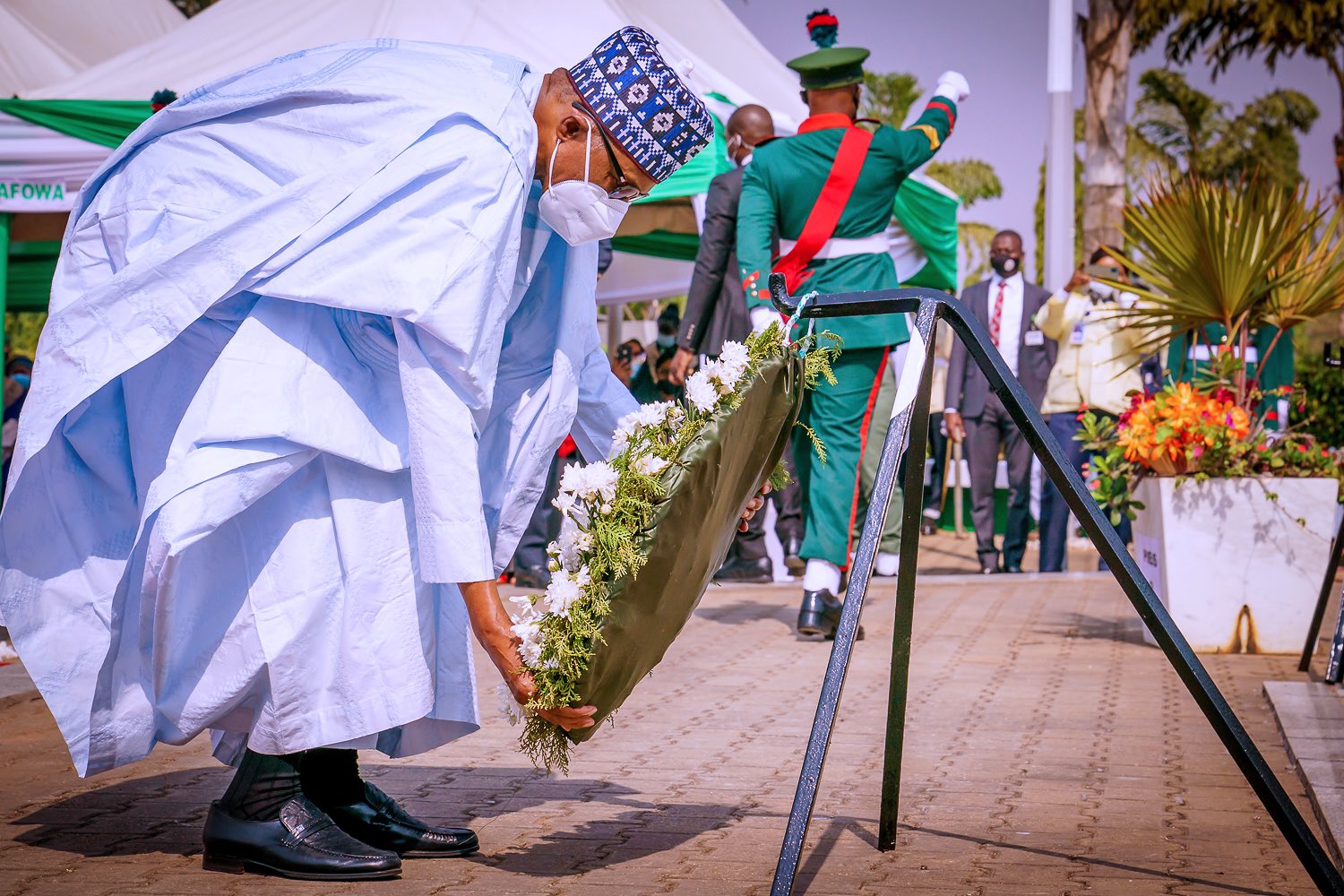 The white pigeons released by President Muhammadu Buhari at the Armed Forces Remembrance Day ceremony, refused to fly despite multiple attempts by the President

The President had opened the birdcage at the National Arcade, picked up one of the doves, and thrown it into the air but the bird landed atop the cage and refused to fly.

The president while trying to make the white pigeons fly, opened the roof of the cage in a bid to send them all out but they only sat on top of the cage’s roof.

The President, eventually got tired of trying and left the birds and returned to his seat. Moments after the President had left, however, some of the birds flew.

The ritual of releasing doves is to commemorate the life of a departed loved one and is common at significant events like funerals or memorials. It also signifies peace.

The Vatican stopped the ritual in 2014 when Pope Francis released two birds that would not fly out of the window of the papal apartment and required several attempts to get the birds to fly out over a crowd of spectators.

Related Topics:BuhariRemembrance Day
Up Next