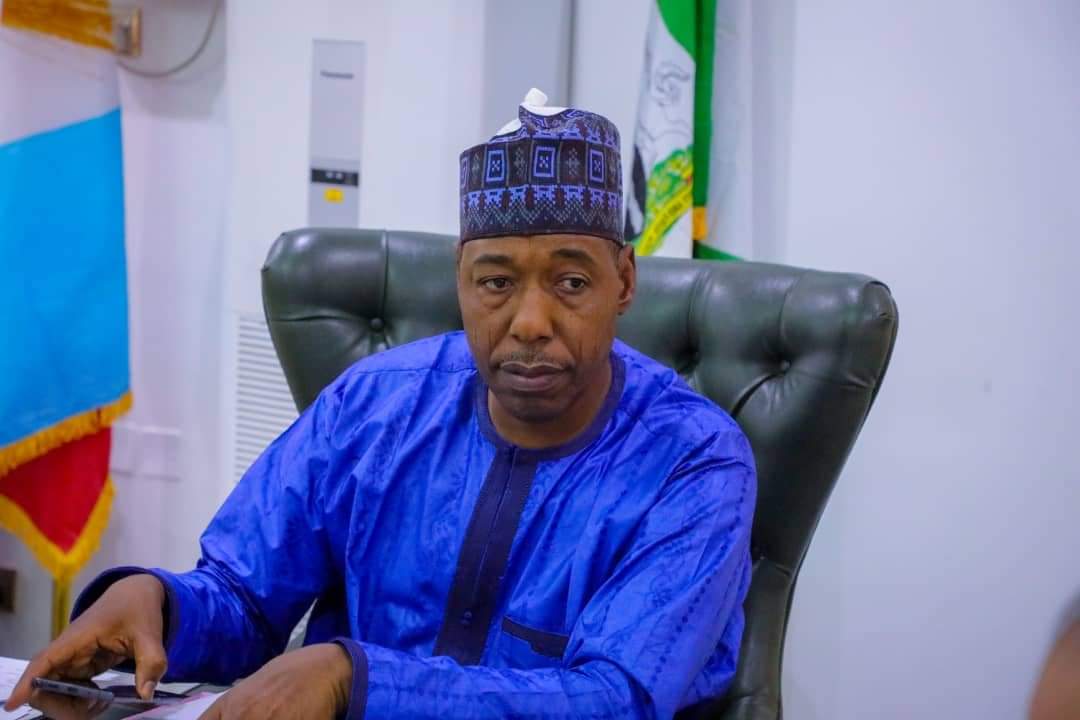 Zulum stated this on Tuesday in Maiduguri when he received the Palestinian Ambassador to Nigeria Saleh Fheied Saleh in Maiduguri. Zulum praised the Palestine for being one of the few exceptions, within the arab community.

“I am a practical person. I work with the realities I see on ground. In the face of our challenges over the years, we have received humanitarian support from the UK and other parts of Europe, the United States, Canada, from Japan and a host of others who have demonstrated concern and have made efforts to support our traumatized citizens in many ways especially on food, medicals and livelihoods.

However, that level of concern never came from Arab countries with whom millions of Borno people share similarity in religion and culture. We even have indigenous shuwa arabs in Borno and this shows how our histories are tied. We have made severe efforts, written and visited embassies of Arab countries, especially those that are rich and not dealing with crises, but obviously majority of the Arabs do not care about our situation, neither do they support us. The Arabs have not shown concern to us. Your visit however, has renewed our hope especially and we are very grateful for your visit” Zulum said.

The Palestinian ambassador had informed Zulum that of plan to support the Government of Borno State in some areas of need.

“There are a lot of Palestinian companies in Nigeria, they are willing to work with the Borno State Government, we are ready to cooperate with you, we are ready to help in anything you want us to do that we can do” Amb Saleh said.

The Ambassador also said many Nigerians are currently residing in Palestine, particularly Borno indegenes, some of whom have deligently served the government and people of Palestine. He cited that among Borno people in Palestine, a lady called Fatima Barnawi was once a minister and a police chief.

Related Topics:Boko HaramBorno
Up Next