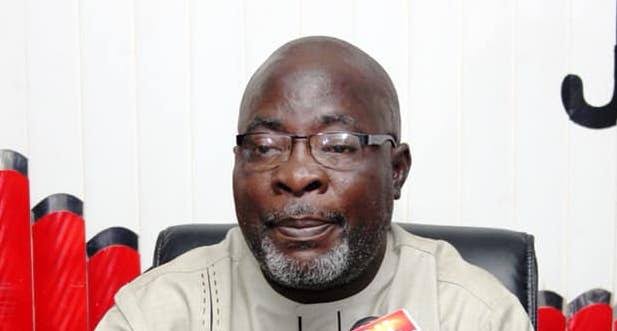 The Peoples Democratic Party, PDP has accused the All Progressives Congress, APC of failing in a plot to lure PDP governors to its party.

The PDP said it through a statement by its National Publicity Secretary, Kola Ologbondiyan on Friday.

Ologbonsiyan accused the APC of owning a failing structure and running a smear campaign against the leaders of the PDP.

“Nigerians can see the frustration in the APC leadership, which has now resorted to a vicious smear campaign and media attacks on our governors and leaders, having failed in all their sneaky plots to lure them to look the way of the defunct APC.

“It is therefore not strange to us that the Secretary of APC’s illegal national caretaker committee, Senator James Akpanudoedehe, has been detailed, as new APC spokesperson, to commence a coordinated attack on our governors.

“We are aware that this is part of the desperate bid to distract and drag down our performing governors to the level of their APC counterparts, who have become a collective symbol of failure in our contemporary political history.

“It is laughable that the APC caretaker secretary is challenging the Rivers State Governor, Chief Nyesom Wike, to name APC leaders attempting to lure our governors, whereas he, Akpanudoedehe, is aware of how the APC leadership, to which he belongs, have been going around our governors and leaders genuflecting for audience, only to receive mere photo opportunities.”