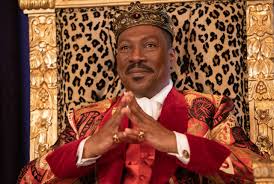 After releasing a slew of first-look images last week, Amazon Prime has unveiled the trailer of Coming 2 America whi h sees the return of Eddie Murphy as the Charming Prince Akeem.

In the trailer, Prince Akeem, who is set to become the king of the fictional country of Zamunda, finds out he has a son he never knew about — a street-savvy Queens native, Lavelle. To honor the former king’s dying wish to raise his grandson as the crown prince, Akeem and his younger brother, Semmi, once again leave for America.

“Coming 2 America” is produced by Kevin Misher and Brian Oliver, and the screenwriters are David Sheffield, Barry W. Blaustein and Kenya Barris. The film is set to premiere on March 5.

Watch the trailer below: