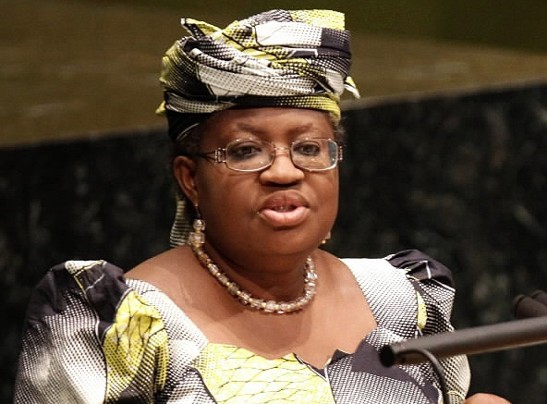 Former Nigerian Finance Minister, Dr Ngozi Okonjo-Iweala, has urged the Federal Government to do everything possible to bring back the over 300 schoolboys abducted from Government Science Secondary School, Kankara, Katsina State.

She said, those using the children as pawns must be held accountable.

Okonjo-Iweala, who is the leading candidate for the job of director-general of the World Trade Organisation, made this known on Twitter last night.

She wrote, “The abduction of more than 300 schoolboys in Katsina is heartbreaking. What a recurring nightmare. My heart goes out to the families of the missing boys. The authorities must do all possible to #BringBackOurBoys! Those using our children as pawns must be held accountable!”

Bandits had stormed the school on Friday night and abducted the students and the actual number of those meeting remains unknown as official figures states over 300 but accounts from authorities in the school and Boko HARAM suggests over 500. President Muhammadu Buhari had arrived in the state on Friday, hours before the abduction took place.

Boko Haram terrorist group, on Tuesday, claimed responsibility for the abduction, saying it had not entered into negotiations with the government contrary to claims by the authorities.

The terror group’s leader, Abubakar Shekau, in a recording, also said the dastardly act was done in order to discourage people from obtaining western education.

Breaking: Kano Govt directs the closure of all public and private schools with immediate effect