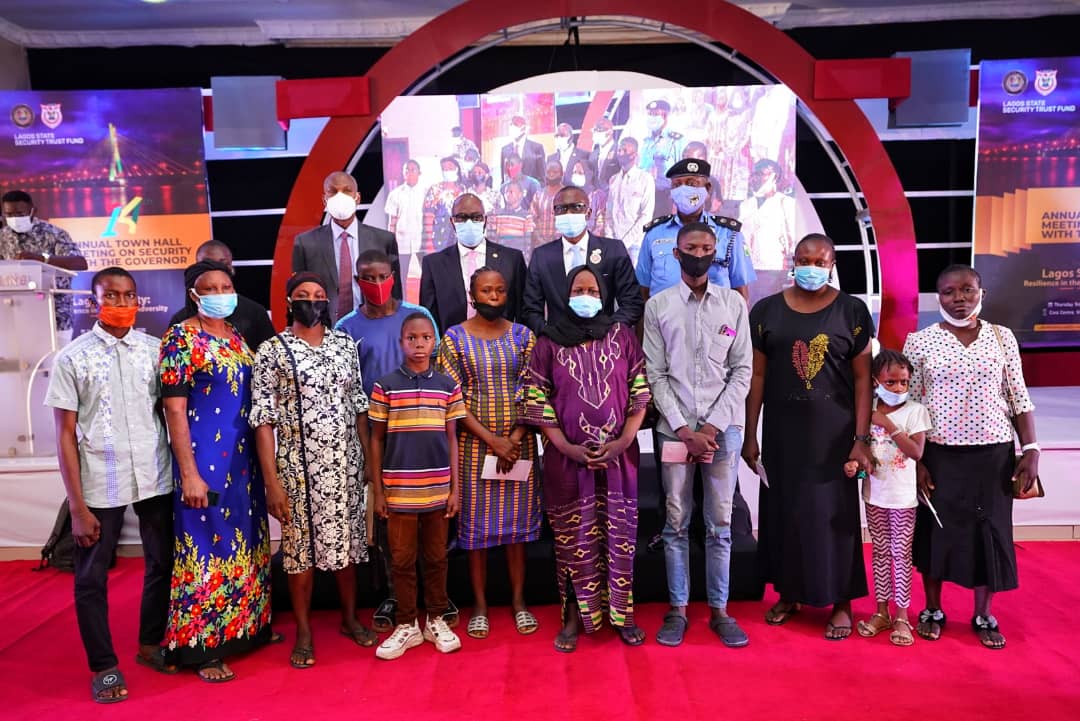 Lagos State Governor, Babajide Sanwo-Olu has presented cheques of N10milion to each of the families of six policemen killed in the state during the October #EndSARS protest.

The cash compensations were made to representatives of the families of police officers who lost their lives during the protest.

According to a statement made available to journalists on Wednesday by the Chief Press Secretary to the Lagos State Governor, Gboyega Akosile, the event held on December 3 during the 14th Annual Town Hall Meeting on Security organized by Lagos State Security Trust Fund (LSSTF).

Apart from the N10m cash, Governor Sanwo-Olu also announced scholarships for all the children of the deceased officers. The scholarship offer would cover each of the children from their current academic stage to the university level.

Speaking during the event, Governor Sanwo-Olu commended the killed officers for their dedication to duty which unfortunately resulted in them paying the supreme price in the line of duty.