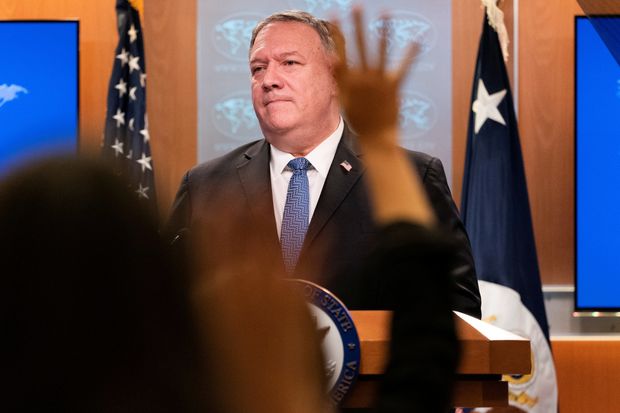 For the second consecutive year, the United States has categorised Nigeria alongside China and eight other countries as countries who systematically violate the International Religious Freedom Act of 1998.

Secretary to US government, Mike Pompeo announced this on Monday night.

“The U.S. is unwavering in its commitment to religious freedom. No country or entity should be allowed to persecute people with impunity because of their beliefs. These annual designations show that when religious freedom is attacked, we will act.”

The Secretary also revealed that the United States will sanction the leadership of China for destroying Hong Kong’s autonomy.

“The U.S. is sanctioning the senior leadership of China’s National People’s Congress in connection with developing, adopting, and implementing the National Security Law. We will hold Beijing accountable for destroying Hong Kong’s autonomy. #StandWithHongKong #FightForFreedom”

In 2019, Pompeo announced that US had placed Nigeria in a special and six other countries on a special watch list of countries that engaged in or tolerated the severe violation of religious freedom.

These other countries are Comoros, Russia, Uzbekistan, Cuba, Nicaragua, and Sudan.

Pompeo’s announcement followed the release of the 2018 report of the United States Commission for International Religious Freedom which recommended Nigeria’s designation as a country of particular concern.

Breaking: Buhari will on Thursday address a joint session of the National Assembly