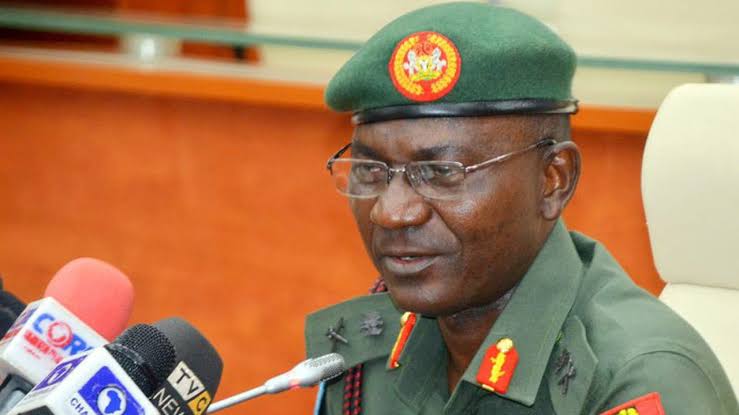 The Defence Headquarters (DHQ) has assured the North-East region that banditry and insurgency will soon end.

Speaking at a briefing on military operations on Thursday in Abuja, the Coordinator of Defence Media Operations, Major General John Enenche, said that the military authorities have stepped up both kinetic and non-kinetic operations to check criminality and end insurgency.

Enenche disclosed that the various operations against the criminals have continued to “progress satisfactorily”, adding that the fight against insurgency “is no longer a hopeless situation.” He added that troops have sustained the onslaught against criminals in their various areas of operation.

According to Army spokesman, in Katsina State, the epicenter of the banditry, operatives of Department of State Services (DSS), Katsina State Command, arrested a couple, Usman Shehu and his wife Aisha Abubakar, of Rimi Local Government Area of Katsina State.

He said the suspects were intercepted at Abukur village conveying a large cache of ammunition, including 14 magazines, 61 rounds of 9.6mm caliber ammunition, and 399 rounds of 7.62mm special ammunition, to Katsina metropolis.

The wife of Ondo State Chief of Staff has been kidnapped

Brigadier-General Ahmed Ibrahim Taiwo, representing the army at Lagos judicial panel, has been promoted to major-general