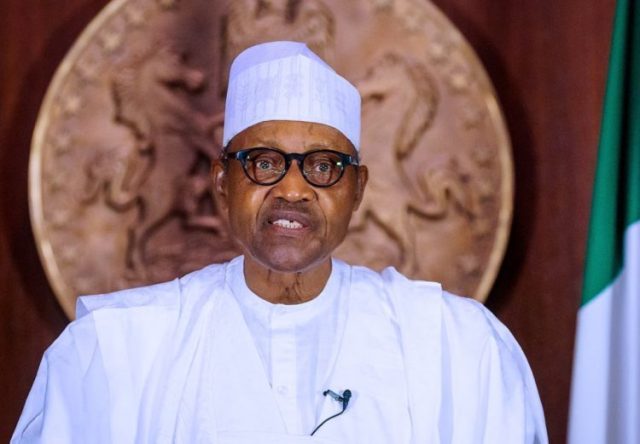 Human Rights group, Socio-Economic Rights and Accountability Project (SERAP) say it has written an open letter to President Muhammadu Buhari asking him to cut the cost of governance and implement bold transparency and accountability measures in response to Nigeria’s second recession in five years.

Nigeria’s economy slipped into another recession, the same happened in 2016, making it the second recession in a space of four years – according to a new report released by the Nigeria Bureau of Statistics on Saturday.

In a statement issued Sunday, by the deputy director of SERAP, Mr Kolawole Oluwadare ured government to Re-direct budgetary allocations to renovate the National Assembly complex and take urgent steps to ensure that essential public goods and services are available to poor and vulnerable Nigerians.

The statement reads in parts, urged Buhari government to, “Improve transparency and quality of the information in government budgets and reform public financial management to bring it in line with international standards, and safeguard the right of media and civil society to speak out against corruption and human rights abuses”.

The group called for a Regular and widely publish full accounts of projected and actual government revenues and expenditures.

The Socio-Economic Rights and Accountability Project (SERAP)in an open letter to President Muhammadu Buhari urging him to ensure independence of the Office of the Auditor-General of the Federation and “Immediately instruct the Independent Corrupt Practices and Other Related Offences Commission (ICPC) and Economic and Financial Crimes Commission (EFCC) to jointly investigate allegations of systemic and widespread corruption in MDAs, as documented by the Auditor-General of the Federation, and to ensure effective prosecution of those suspected to be involved, and recovery of any stolen public funds”.

Buhari is urged to put the country’s resources at the service of human rights, and to support the less well-off to enjoy an adequate standing of living through cutting the cost of governance and implementing bold transparency and accountability measures in your government’s response to Nigeria’s recession,” .

The group said the economic crisis rocking the nation provides an opportunity to prioritise access of poor and vulnerable Nigerians to basic socio-economic rights, and to genuinely recommit to the fight against corruption.

“Decades of mismanagement and corruption, and deep-seated deficiencies in public financial management have directly contributed to higher levels of borrowing and public debts, and consequently, the economic recession. Successive governments have squandered the promise afforded by the country’s natural wealth and resources.”

The group said further that the paltry resources Nigeria invests in essential public goods and services that would benefit ordinary Nigerians can be partly explained by the “high spending of public funds to finance a life of luxury for members of the National Assembly, state governors, and other ‘powerful’ politicians.”

SERAP said it is seriously concerned about the adverse consequences of the economic crisis on the human rights of poor and vulnerable Nigerians, including denying them access to essential public goods and services such as healthcare, education, clean water, and regular electricity supply.

They said they would be grateful if the Federal government “begins to implement the recommended action and measures within 14 days of the receipt and/or publication of this letter. If we have not heard from you by then as to the steps being taken in this direction, SERAP shall take all appropriate legal actions to compel your government to implement these recommendations for the sake of human rights, transparency, and accountability.”

According to SERAP, prioritising the human rights of poor and vulnerable Nigerians means providing public goods and services free of charge for those who cannot afford them.

“This is the time to prioritise poor and vulnerable Nigerians, and to ensure that any response to the recession goes well beyond bailing out large companies and banks,” the statement added.

Official figures published by the NBS on Saturday, November 22 show that the economy shrank again in the third quarter of this year.

The nation’s economy maintained a second consecutive negative growth after contracting by 3.62 percent in the third quarter.

The cumulative Gross Domestic Product (GDP) for the first nine months of 2020, therefore, stood at -2.48 percent just as it recorded a -6.10 percent in the second quarter.

The same happened in 2016, making it the second recession in a space of four years.

“This is a very difficult time for me” – Speaker Femi Gbajabiamila, met with members of the Newspapers Vendors Association