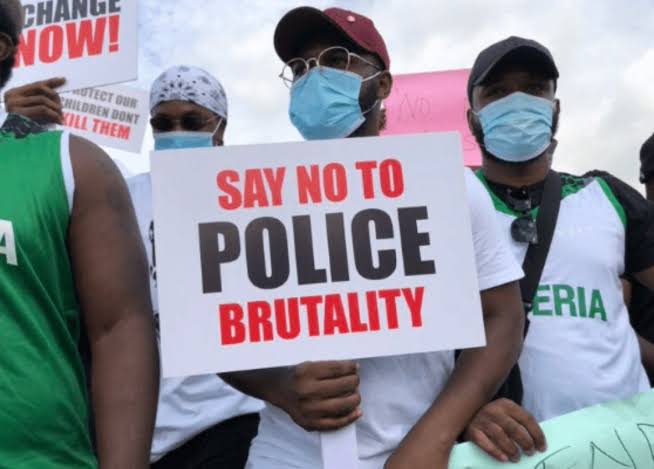 An Abuja-based Human rights lawyer, Kenechuku Okeke on Monday, filed a criminal complaint before a Chief Magistrate’ s court in Abuja against 38 people over their active roles in the EndSARS protests.

Some of the charged protesters were musicians, social media influencers and other popular persons who granted spoke in favour of the #EndSARS movement on their platforms.

The lawyer said he initiated the proceedings against the protesters in the interest of defence, public safety and public order.

In a series of tweets on Monday, the lawyer tweeted, “Having initiated criminal proceedings against the #EndSARS riots promoters at exactly 1052hrs WAT, 09/11/2020, we shall ensure that the same is diligently prosecuted in the interest of defence, public safety and public order.

“The Federal Republic of Nigeria is a country of laws.”

“There is a motion (ex parte) praying the magistratus for an order directing that the charges and other subsequent court processes in relation to the criminal proceedings be effected on the accused persons by posting, publishing and sharing same as they become due via @Twitter”

“The Law cannot be and is not ignorant of modern business methods and must not shut its eyes to the mysteries of the computer.”

See the case proceedings below:

In the court document, Okeke alleged that during the demostration, his properties were destroyed and the defendants who promoted the #EndSARS protests must be brought to justice.

He alleged that the 50 defendants acted in a manner “with intent to assist in the promotion of an unlawful assembly under the guise or composition of #EndSARS”.

According to him, the defendants used Twitter, a microblogging social media platform, to instigate “some riotous and tumultuous persons” who destroyed his (Okeke’s) property.

Okeke added that the actions of the defendants contravened Section 97 (2) of the Penal Code Act, C53 Laws of the Federation of Nigeria, 2001.

Okeke said his properties were “egregiously destroyed by some riotous and tumultuous persons instigated by the defendants.”

The claimant stated that he has comoutet-based evidences and facts, pointing to the culpability of the defendants in the #EndSARS protest he described as an ‘unlawful assembly’.

Kenechukwu Okeke’s suit comes weeks after a former presidential candidate of the All Progressives Congress (APC) Adamu Garba filed a suit at the federal high court, seeking to ban the use of Twitter in Nigeria.

Adamu claimed that #EndSARS agitators used Twitter to galvanize themselves in an undemocratic manner to oust President Muhammadu Buhari from office.