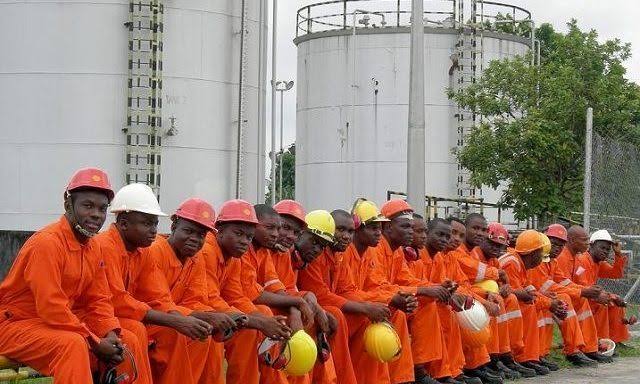 According to a communiqué issued on Sunday by the union and signed by the General Secretary; Comrade Lumumba Ighotemu, oil workers are to withdraw their services with immediate effect

NewsWireNGR gathered that the union had threatened to shut down oil and gas facilities and distribution of petroleum products across the country over breach of agreement on the implementation of the Integrated Payroll and Personnel Information System (IPPIS) to their members by the Federal Government.

They also vowed to withdraw their services over government’s failure to pay arrears of 22 months owed their members working with Nigerian Nuclear Regulatory Authority (NNRA).

NewsWireNGR recalls that In a letter jointly signed by PENGASSAN and NUPENG and issued to the ministry of Labour and Employment, the unions issued a 7-day ultimatum to the Federal Government to urgently address the situation. Monday’s strike action is an indication that the ultimatum did not get the desired response.