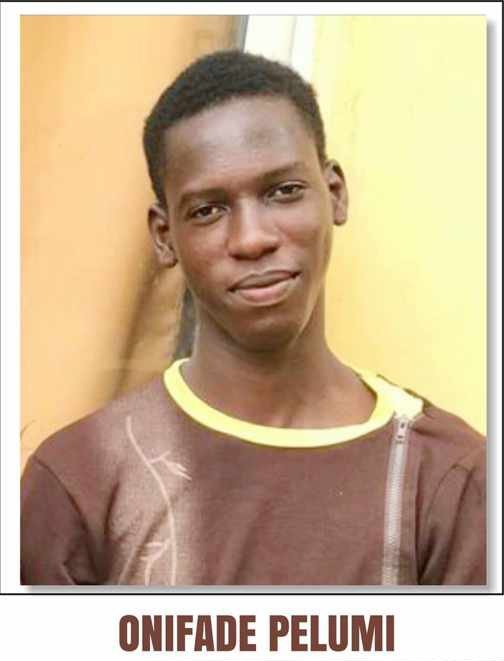 Members of the National Association of Nigerian Students on Friday gathered at the gate of the Lagos Court of Arbitration, Lekki – venue of the state’s judicial panel of inquiry investigating the October 20 shooting of protesters at the Lekki toll gate and abuses of F-SARS officials.

The protesters are demanding swift justice for the victim and that those behind the killing and cover-up of the act be punished accordingly.

They also accused officers from the Lagos State Task Force headed by DSP Olayinka Egbeyemi, of killing the young journalist.

Pelumi Onifade, a reporter with Gboah TV joined his colleague to cover an attack on October 24 on a government facility at Abattoir, Oko Oba in Agege.

The 200-level student of the Department of History, Tai Solarin University of Education (TASUED) Ijagun, Ogun State, was an intern with the media outfit.

In a statement, the online TV medium said Onifade was covering the scene of a mob attack at a government facility in the Oko Oba axis of Agege Local Government Area when operatives of the task force stormed the scene and engaged hoodlums who attempted to loot palliatives at the Ministry of Agriculture store in the Abattoir area of the state.

The TV station also claimed the wounded reporter was taken away by the men of the task force and “was later found dead at Ikorodu mortuary after days of searching all police stations and meeting with the Lagos State Task Force.”

At the venue of the Judicial panel of inquiry, the protesters were joined by their lawyer, Ayodele Ademiluyi.

The demand is contained in a statement signed by Idowu Adewale, the MRA Communications Officer made available to journalists on Friday.

“This latest incident must not go uninvestigated. The Federal Government must make every effort to establish the circumstances of his death, identify his killers and make them face the wrath of the law,” said Ayode Longe, MRA’s Programme Director.

MRA tasked the government  to find the killers of Onifade and prosecute them, adding that the officer who led the squad that arrested Onnifade should be held responsible and if he is unable to provide a convincing account of what happened after they left the scene of the arrest and show that Onifade left his custody alive, should be prosecuted for the killing.

The right group also called for substantial compensation to the Onifade family for the wrongful killing of their son and a public apology to the family by both the Lagos State Government and Lagos State Police Command.

Related Topics:LagosPolicePelumi onifade
Up Next