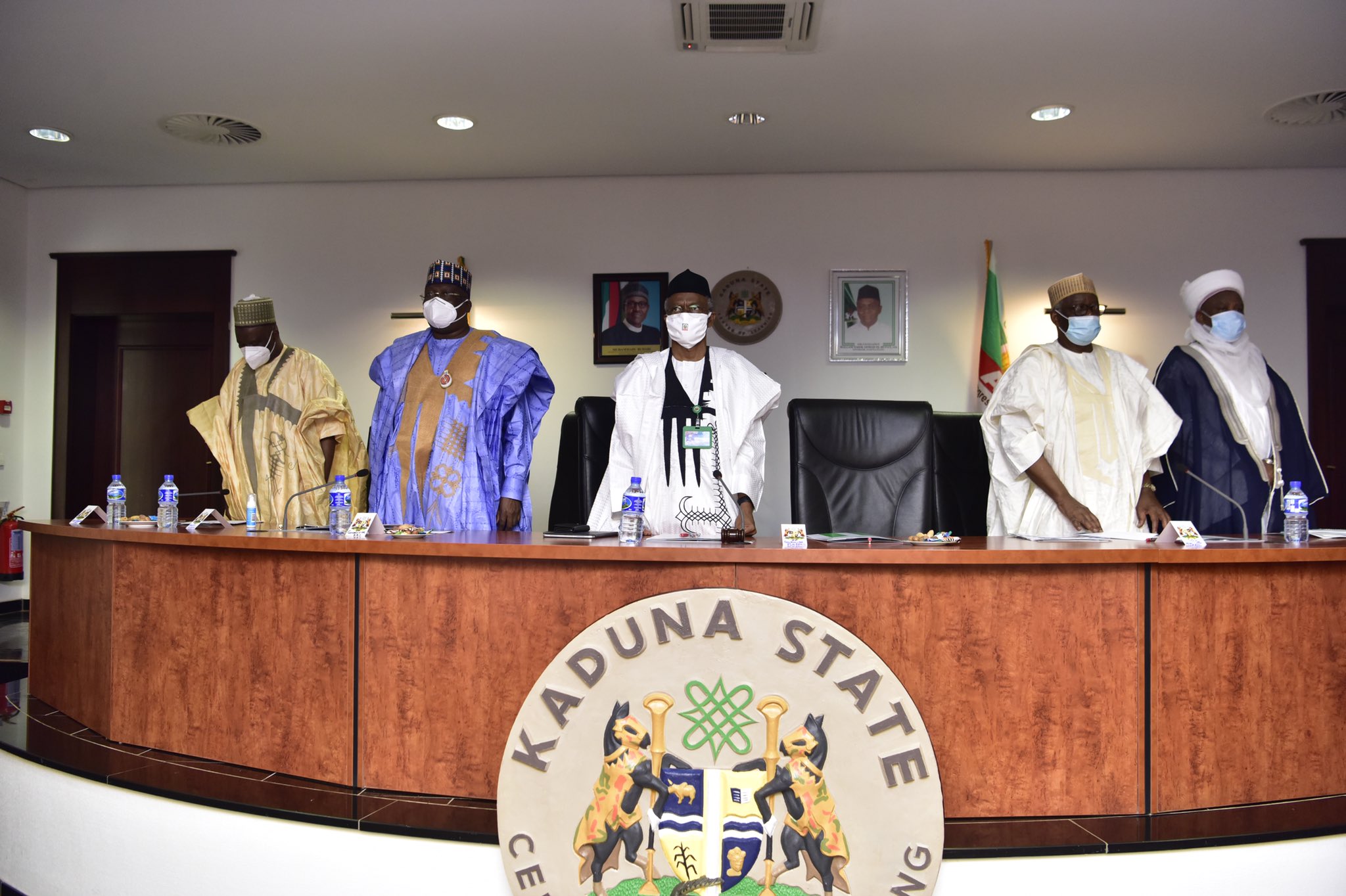 They also reaffirmed their commitment to the indivisibility, indissolubility and oneness of Nigeria, while alleging that those pushing for superlative agitations and other change-regime actions outside the ballot box hijacked the peaceful #EndSARS protests to further their separatist agenda.

The Northern leaders also called for strict watch on the Federal Capital Territory (FCT) to guide against unwarranted and destructive protests as well as to safeguard critical national assets.

These were some of the resolutions reached at a meeting the Northern States Governors’ Forum (NSGF) held with traditional rulers, some federal government officials, including the Inspector General of Police, Mr. Mohammed Adamu, and leaders of the National Assembly in Kaduna.

The meeting, presided over by the NSGF Chairman and Plateau State Governor, Mr. Simon Lalong, was attended by governors of Kaduna, Kebbi, Kwara and Zamfara States.

The governors of Kogi and Kano states were represented by their deputies.

The communiqué, read by Lalong, condemned what it described as “the subversive actions of the #EndSARS change protest” and declared support for a united and indivisible Nigeria.

“The meeting rejects and condemns the subversive actions of the #EndSARS change protest,” it said, adding: “The superlative agitations and other change-regime actions outside the ballot box soon take advantage of the peaceful protests to push for their separatist agenda.

The meeting, according to the communique, endorsed the indivisibility, indissolubility and oneness of Nigeria and applauded the major reforms going on in the police force even as it pledged to support President Muhammadu Buhari to succeed.

It also drew attention to the need to protect the FCT against unwarranted and destructive protests.

“The meeting raises attention on the need to keep a strict watch on the Federal Capital Territory to guide against unwarranted and destructive protests to safeguard critical assets of the nation,” it said.

The Northern leaders called for engagement with other critical stakeholders such as religious leaders, the business community, and youth leaders, resolving to set up two major engagement committees – namely Committee on Roles of Traditional Rulers Membership, headed by the Emir of Lafia, Alhaji Sidi Muhammad, and Committee on Youth and Civil Societies headed by the Emir of Zazzau (Zaria), Alhaji Nuhu Bamalli, which are to commence work immediately.

Also at the meeting were the President of the Senate, Dr. Ahmad Lawan; the Deputy Speaker House of Representatives, Hon. Idris Wase; and the Secretary to the Government of the Federation (SGF), Mr. Boss Mustapha.

Others were the Minister of Information and Culture, Mr. Lai Mohammed; Chief of Staff to the President, Prof. Ibrahim Gambari; and the Federal Capital Territory (FCT) Minister, Mallam Mohammad Bello, as well as the Northern States Traditional Rulers Council led by the Sultan of Sokoto, Alhaji Sa’ad Abubakar III.

I did not order the military into Oyigbo, says Governor Wike