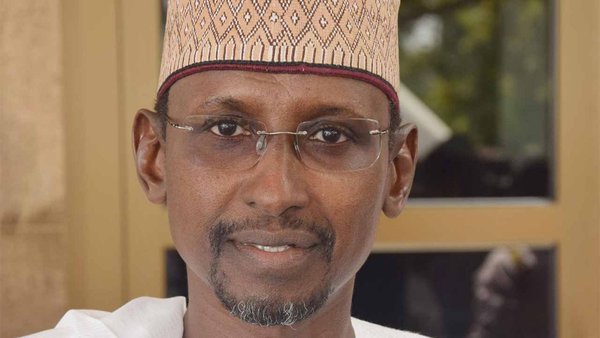 There is no government presence in the federal capital territory (FCT). Yes. In fact, there is no such thing as leadership in the FCT. If there was, I would certainly know being a habitué of the city. There are only vulgar structures which are purely administrative habitations of the federal government. Beyond the vast jungle of bricks and glass, the FCT is rudderless.

There are many sore points in the ungovernance of the FCT. But I will situate my concerns in only two. Security is in a parlous state and infrastructure is generally decrepit. Derring-do attacks by bandits have become typical. As a matter of fact, the attacks have been eviscerated of shock — and normalised. It appears we are all just waiting for the next blitz and the next victim.

These brigands initially expropriated the fringes of Abuja as the delimitation of their blood trade. But owing to the effective abdication of responsibility by the FCT administration (which is only in name) led by Mohammed Bello and Ramatu Tijjani Aliyu, this noisome pestilence is inching into the city and already ravaging surrounding areas.

A man was kidnapped from his home at Kubwa, opposite NYSC Junction; a notable satellite town in the FCT, last Friday at the dead of night. Please underline ‘’kidnapped from his home’’. This incident did not happen on the road as customary; these gunmen when straight to the home of their victim. The face of terror in the FCT is morphing; the freebooters are becoming more emboldened and vicious. And this is largely because of the ineptitude of Mohammed Bello and his co-driver.

It is unarguable that Abuja is becoming the Dunkirk of kidnapping. Residents of Pegi in Kuje subsist with the nightmare of gun-toting kidnappers on the prowl. It has become casual for citizens to be kidnapped in that area.

On October 10, 15 persons were kidnapped in that axis. Among those kidnapped was reportedly the vice chairman of Kuje area council, his aides, and other members of the council. This attack did not happen in the refuge of darkness. It happened about 6pm. Again, the consignors of blood are becoming feistier.

My friend, Dr Laz fell into the pugnacious hands of the cousins of these bandits on Monday afternoon, October 26, 2020. He was in his car at Banex in Wuse II when three yobbos circled him, attempting to snatch his car key. They threatened his life and asked him to part with all he had before he could be ‘’free’’. He capitulated to their will to save his neck — broad daylight robbery in the heart of town.

There have been accounts of armed violence in different parts of the FCT. In August, bandits dominated the arterial Life Camp road, where some estates are situated, discharging bullets on motorists. Really, from Lokogoma, Lugbe, Kuje, Kubwa, Wuse II, Gwarimpa, Apo to Karu and Karshi, the entire FCT province is under the cumulus of pillagers.

A large part of the city is a coven of darkness at night – perilously unlit. Abuja which used to have a boisterous night-life is now as desolate as the streets of Aleppo in Syria at night. The city has lost its unique character as the safest place in the country.

Infrastructure is in ruins; cavities dot the roads — like the giant bomb craters in the city of Ramadi in Iraq. The entire place oozes of detritus, and in fact, – there is nothing befitting of the much vaunted ‘’seat of power’’ under the figurine minister – Mohammed Bello.

Traffic jams have become accustomed hardship citizens around Karu urban area and other places endure. The Karshi-Apo road which commonsensically will ease the daily chore of agony on the Abuja-Keffi road is yet to be completed after five years of the Buhari administration and of Bello as figurine minister of the FCT.

In February 2016, Mohammed Bello visited the Karshi-Apo project site where he made quotidian political promises. Four years after his visit, the Karshi-Apo is not even near completion, and in fact, it has been abandoned.

In July 2019, the Satellite Towns Development Agency (STDA) under the FCT administration said the 13-kilometre Apo-Karshi road would be completed in October of that year. This is October 2020, nothing is cracking up!

And with less than three years left for this administration to check itself out, it is a given that the very elemental Apo-Karshi road will not be inaugurated. No buts. It is a funeral of losses for Nigerians. Failure on all sides.

Really, the FCT has never had it this bad. Never! The consequence of nepotistic appointments. The rating of the Buhari administration will start from the FCT. A government that has not effectively managed where it resides cannot manage the federation.

Fredrick Nwabufo is a writer and journalist. Twitter @FredrickNwabufo

#EndSARS: Did the Nigerian Government kill its citizens and tried to erase all the evidence?

Stan Chu Ilo: Nigeria, a Nation that Kills her Children