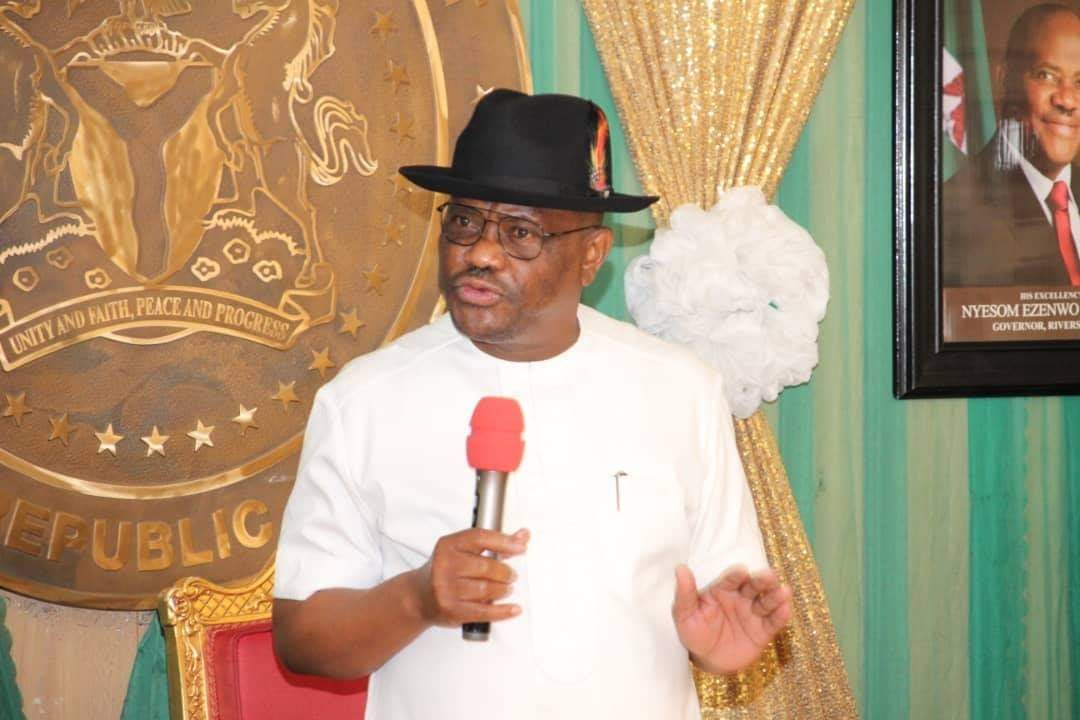 Rivers state governor, Nyesom Ezenwo Wike, has asked the 23 council chairmen, and youths in the state to fish members of the proscribed Indigenous Peoples Organisation of Biafra (IPOB) in the State.

The Governor has also warned that any council chairman that allows IPOB to hold processions and hoist its flag within their jurisdiction in Rivers State, risk sack.

He said this during a meeting with all the 23 Local Government chairmen, Community Development Committees and youths leaders at the Government House, in Port Harcourt on Monday.

According to governor Wike, Rivers state is the most accommodating state for all Nigerians. To buttress his point, he said there has never been any historical incident of different ethnic groups clashing in the State as has been the witnessed in other parts of the country.

Governor Wike, however, maintained that while the people of Rivers State believe in the unity of the country, they will not allow “criminals under the aegis of a terrorist group called IPOB to continue to threaten the stability of the state.”

He explained that while every Nigerian is allowed to reside in Rivers State, but those who wish to do so must live in peace with the people of the State.

“But that terrorist group call IPOB, cannot determine what happens in our state. To tell us where they own. It will never happen and we must not allow it to happen”.

Governor Wike asked all chairmen of councils, youth leaders, CDCs to go into their various communities and identify all those IPOB members. He however emphasied that nobody of Ibos extraction legitimately residing and doing business in the state must be harassed.

“We cannot allow it. All our vigilantee groups must be encouraged. Everybody must be at alert. Work with the security agencies to make sure nothing call IPOB exist in this state. No procession. Not even a meeting anywhere. Identify where they hold meeting” he said