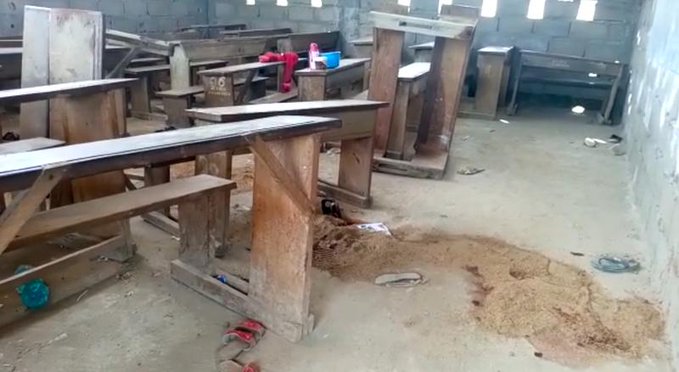 Gunmen stormed a school in Cameroon on Saturday and opened fire indiscriminately, killing at least six children and wounding about eight more in a region where separatist insurgents operate, officials and parents said according to Reuters News Agency.

Arriving on motorcycles and in civilian clothes, the attackers hit the school around midday in the city of Kumba in South West Region, according to the accounts, including from one parent outside the school at the time.

Some children were injured jumping from second storey windows.

It was unclear if the attack was linked to an ongoing struggle between the army and groups seeking to form a breakaway state called Ambazonia in the English-speaking west.

But it was a grim new low in a region that since 2017 has seen hundreds die and thousands displaced because of the conflict, with many children unable to attend school.

“They found the children in class and they opened fire on them,” city sub-prefect Ali Anougou told Reuters.

Isabel Dione ran into the school to search for her 12-year-old daughter when she heard about the shooting. She found her on the floor of a classroom, bleeding from the stomach.

“She was helpless and she was shouting ‘mum please help me’, and I told her ‘only your God can save you now’,” Dione told Reuters. The girl was rushed to hospital where she is undergoing treatment for a gunshot wound..