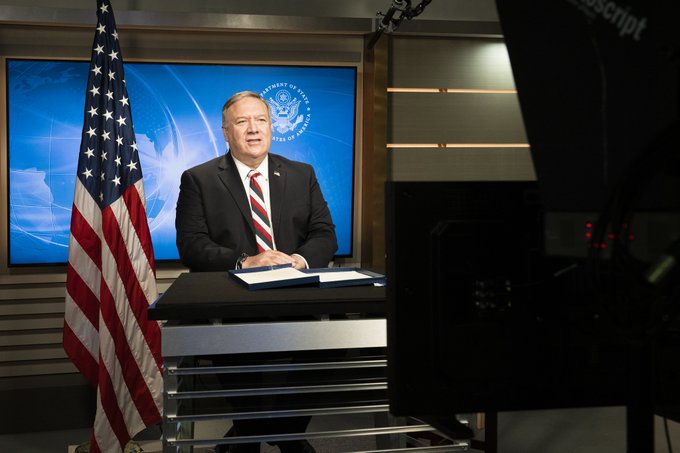 United States Government finally speaks about ENDSARS Protest and condemned the shooting of unarmed protesters in the Lekki area of Lagos State on Tuesday.

In a tweet on Thursday, the US Secretary of State, Mike Pompeo, equally called for the prosecution of those involved in the shooting.

He added: “Those involved should be held to account under the law. We extend our condolences to the victims of the violence and their families.”

The #EndSARS protest which has lasted about two weeks took a different dimension on Tuesday evening as soldiers opened fire on the protesters in the Lekki area of Lagos State.

But despite several accounts by witnesses and videos showing soldiers shooting at the protesters, the military has denied any involvement in the incident.

Over 28 persons were wounded during the shooting with some deaths reported. Amnesty International put the casualty figure at 12.

Witnesses, however, claim that the casualties were even higher than those injured.