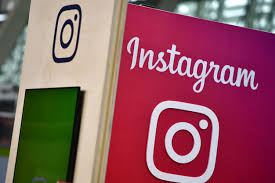 In what appears to be a clean up of posts exposing the on-going police brutality crisis in Nigeria, British International supermodel, ?Naomi Campbell, has joined other Nigerians to call out Facebook to stop censoring posts wrongly.

According to Naomi’s Instagram page, Facebook had flagged her post which showed the Nigerian flag and mentioned President Muhammadu Buhari to stop the incessant killing of the Nigerian people by it’s military.

Naomi called out Facebook to allow people share their experiences freely and not shut them up thereby limiting the exposure of what is going on in the country.

The issue was flagged on Wednesday by multiple social media users who said Facebook and Instagram were filtering out mentions of the hashtags related to the protests, which have been trending in recent days.

Instagram thereafter issued a statement to resolve it as they have noticed a system glitch which is censoring people’s posts.