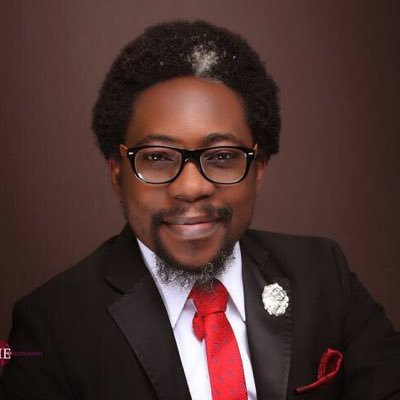 I’m not trying to find what the crowd wants just so I can plug into it and cash in.

In the past 50plus years of our Nationhood, we have been conditioned to latch unto political fads and join the bandwagons and hate crusades just because it is trending.

We have been made to deem politics a religion and we form partisan warring sides cursing our loved ones and peers out for our oppressors who are simply playing us as chess pieces (pawns mostly).

The term corruption has been rendered meaningless ceding power to a tyrannical recluse with the exclusive rights to determine who is corrupt and who is not while shielding the worst of thieves fleecing our collective patrimony on his behalf.

Corruption is systemic, but many have been brainwashed to see it as a person to fight and hate. Those who allude to the fight of corruption while preserving the holes in the system are the vilest of rogues.

Thousands of lives have been lost in 20years with biblical figures recorded in the past 3years even after the promise of Change. The Economy suffered the gravest onslaught even with the promise of an Eldorado of $1=N1.

Job losses spiked to unimaginable height far above the experience of any known democracy in the world yet we pretend to make sense of it.

In 2015 a new breed of emotive intellectuals were birthed, they poured their souls into the Messiah myth and ignored all logical cautions. The media was agog with propaganda and the truth became alienated.

Speakers of the truth were deemed supporters of corruption and a cult of emotional zombies coalesced on a national scale. Ignorance became fashionable without the apprehension of the future.

These political illiterates were so committed to their ignorance that no relationship survived the onslaught. They forgot that they were being used as pawns in a war against democracy.

Today the beneficiaries of that war have shown their true intent, but those under the strain of their identity politics of hate (Populism) may be too far gone beyond social redemption.

We can make excuses for the illiterates but those with academic titles are too proud to admit they were wrong as political illiterates, demeaned, denigrated and relegated in a war orchestrated by strategic halfwits and socially maladjusted felons.

They have hatched another rhetoric now that seem to shelter their guilt instead of admitting their blunders and seeking penance for their role in the needless deaths of thousands since they stampeded the aberration to power.

Your criminal Justice System stinks, Police finds every reason to rob you, the Prison is a mere warehouse where your family will be required to pay rents for your stay there if they ever hope to see you alive, the Judiciary is inundated with unscrupulous litigants, complicit lawyers (even SANS) procuring judgements and orders by corrupt means.

But I guess most of you may have been conditioned to respond to this with “Na today e start?”until you are directly victimized by the malaise.

My charge today is to the younger generation who still enjoy their youth and the luxury of making mistakes. You will one day wake up to realize that youth is gone. If you believe in what you are tweeting, posting and saying, by all means, you can very well stay the course.

But I believe you can make a difference by influencing and impacting your world via service to humanity.

All I can advise is for each and everyone of us to find synchronicity (a lone time where the subconscious and the conscious state of mind have a consensus). This will show you the true inner meaning of your sojourn here on earth.

This will show you a new paradigm in your struggle for peace, decency, justice, equity and fairness. The truth will always be out there. Let’s make Nigeria One nation bound genuinely in freedom, peace and unity.

Segun Awosanya is a Nigerian activist and also a long time advocate and front line member of the ENDSARS movement.

Opinion: After #EndSARS, no government will ever ignore Nigerians again