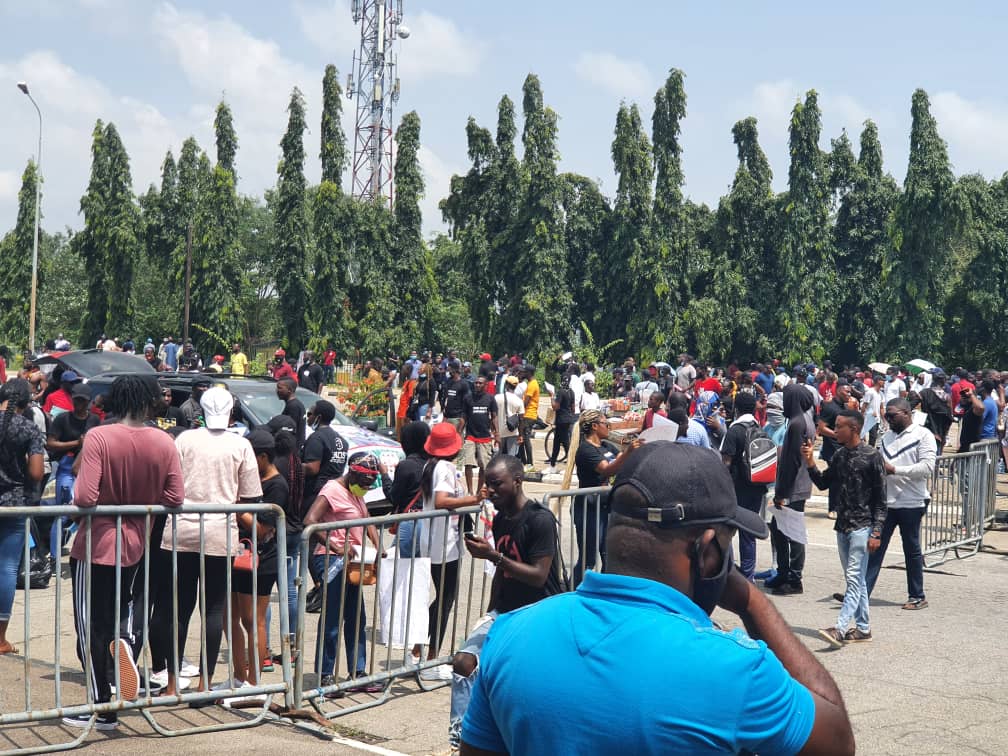 Hundreds of protesters have again taken their campaign against the Special Anti-Robbery Squad (SARS) to Nigeria’s National Assembly, despite the announced ban on by Federal Capital Territory Authority (FCTA) on Thursday.

NewsWireNGR had earlier reported that, the FCT minister had placed a ban on protests stating that, the “demonstrations are in complete violation of the COVID-19 safety protocols” .

The protesters besieged the entrance and not only caused a major gridlock at the National Assembly complex but kept on chanting, “END SARS – END SARS”.

Thousands of Nigerians continue to march in Lagos, Abuja and other cities to demand an end to the Special Anti-Robbery Squad, or SARS, a police unit accused of extrajudicial killings and abuses.

But the protests continued as the #EndSARS campaigners demanded the prosecution of all officers named in cases of rights abuses.

The statement signed by, Mr Anthony Ogunleye, the Chief Press Secretary to the minister reads in party, “While the Committee recognizes the rights of citizens as regards freedom of association and movement as enshrined in the constitution”.

The authorities said it has “observed that the unruly conduct of the crowd and manner of demonstrations are in complete violation of the COVID-19 safety protocols which were put in place to safeguard the lives of citizens”.

The FCTA said, “these violations endanger the lives of not just the demonstrators, but also other citizens going about their legitimate concerns”.