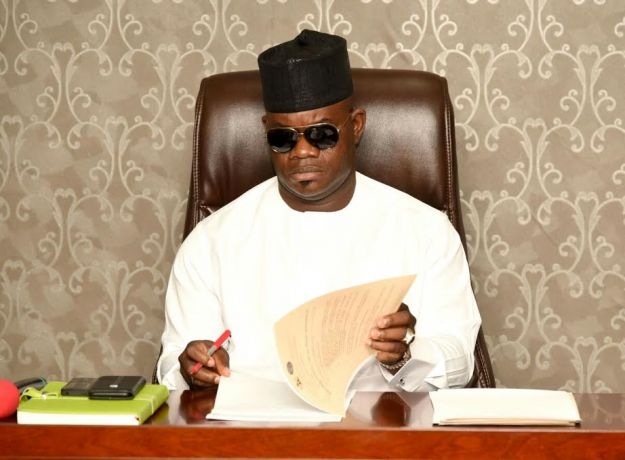 Yahaya Bello, Kogi governor, says citizens protesting against police brutality should stop the demonstrations and explore other forms of dissent.

In a state-wide broadcast on Tuesday transcribed by TheCable, Bello said the ranks of peaceful protesters have been infiltrated by “criminal elements armed with dangerous weapons”.

In the past week, protesters called for the scrapping of the special anti-robbery squad (SARS) and a holistic reformation of the police.

During these demonstrations, there have been attacks on protesters by the police.

In the broadcast, Bello said these criminal “elements” are in “pursuit of nefarious intent which have no nexus with your noble objectives”.

“We are now concerned that what has been a generally peaceful citizens’ protest is now threatening to dissolve into mindless attacks on government facilities and running battles with the police,” the governor said.

“Greatest and ever gallant Nigerian youths, from what we saw yesterday, the ranks of genuine protesters have been infiltrated by criminal elements armed with dangerous weapons.

“Not only that but they are acting in pursuit of nefarious intent which have no nexus with your noble objectives. I hold the opinion that you have won a battle, and I must now urge you not to lose the war. Protesters have a tangible and moral victory in the bag, and it is wisdom to safeguard it.

“It is now time to step back and explore other forms of dissent which will not provide crowd cover for persons and agenda which you obviously do not endorse.

“The nation’s leadership must also be accorded some time and breathing space to push through on promises of change.”

Bello said he is confident that President Muhammadu Buhari will take steps towards reforming the police.