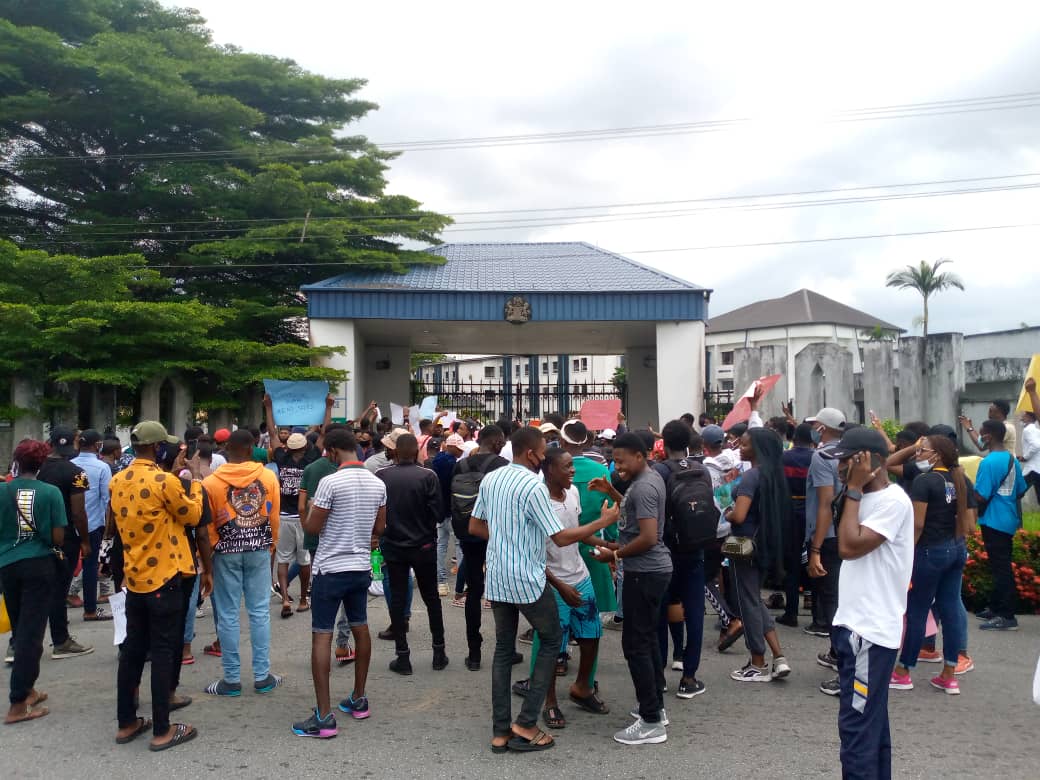 Edwin Maduka, 23-year-old who joined other protesters as the #ENDSARS protest held in Calabar, the Cross River State capital shared his experiences with our reporter in Calabar.

The protest held Tuesday, was to draw attention to the constant harassment by men of the Special Anti-robbery Squad (SARS).

Thousands of Nigerians continue to march across state capitals nationwide to demand an end to the Special Anti-Robbery Squad, or SARS, a police unit accused of extrajudicial killings and abuses

Edwin who said he is a student of the University of Calabar narrated his experience with SARS officials.

“There is nobody that is above their harassment. They don’t care if you are innocent or not, as far as you have an iPhone, they go through your phone and start accusing you of being a yahoo boy,” he explained.

He narrated to NewsWireNGR, that “There was a period where they raided the lodge next to mine, carried away some of my friends.  We had to start contributing money to free them.”

The 23-year-old student said he is scared of being targeted.

“Everybody lives in fear” he added.

“You don’t have to do anything wrong. You may be unlucky to meet their patrol van and the next thing you know, you are on your way to their station. They threaten us with tales of those who they have ‘wasted’ and that no one will look for us if we don’t comply.”

The protest in Calabar, started at the Rabana roundabout through IBB way, to the Governor’s office, with a stop at the State headquarters of the Police, Diamond.

Addressing the protesters, DCP Samuel Musa, Deputy Commissioner of Police, Operations, thanked the protesters for peacefully conducting themselves, and that the state command has received instructions from Abuja regarding the dissolution of SARS.

DCP Musa pleaded with the protesters to continue peacefully, respecting the rights of others just as their right to protest is being respected.