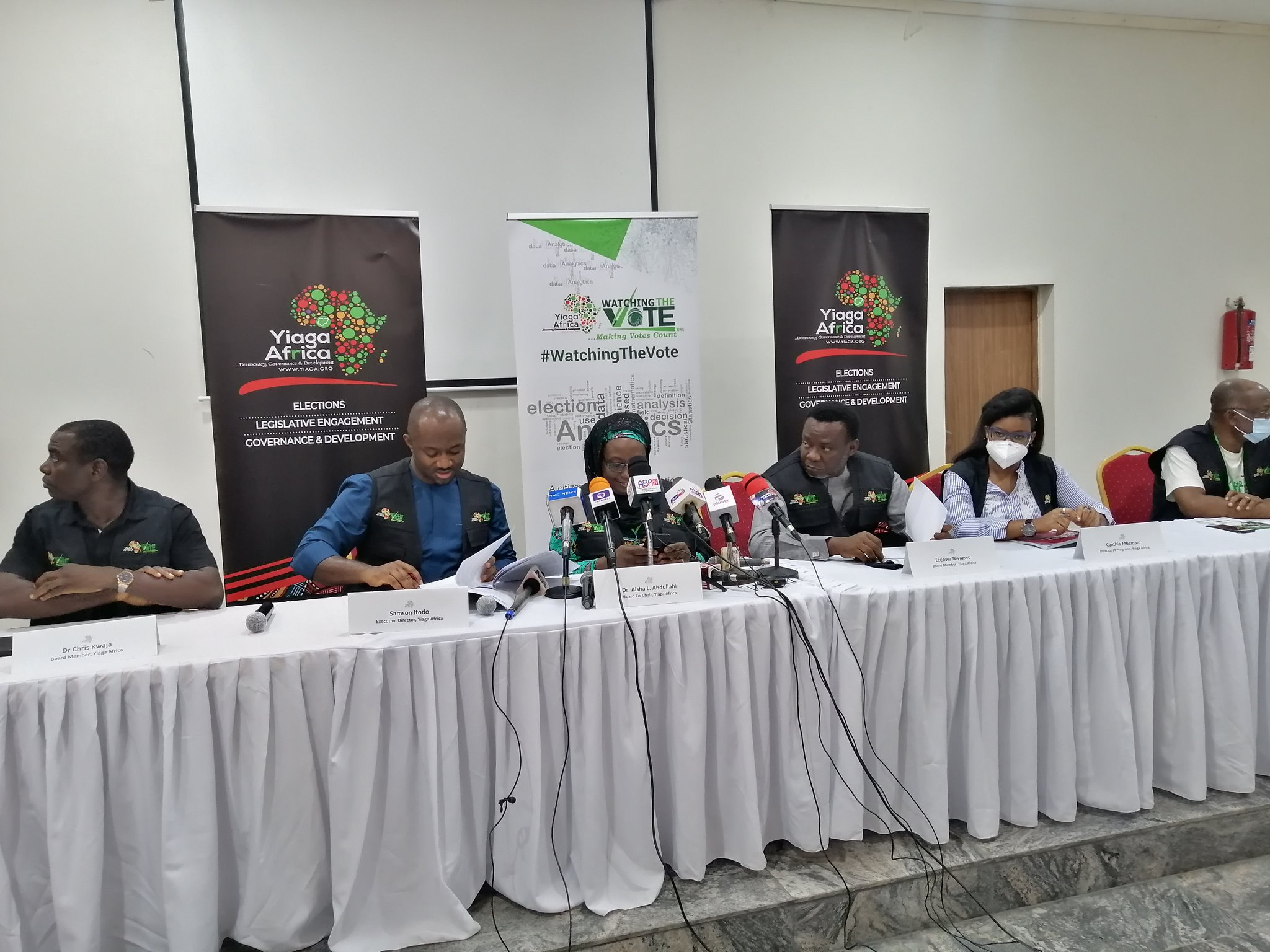 Yiaga Africa has raised alarm and expressed concerns about threats of violence in Ondo State Governorship elections in the state.

Dr Aisha Abdullahi, Co- chair watching the votes Yiaga Africa Watching the votes working Grouop, stated that while the contesting political parties and candidates have committed to a Peace Accord, the security agencies need to deploy with competence, professionalism, and neutrality on election day.

Abdullahi said, “Upholding these principles will prevent incidents of violence on election day and secure lives and properties”.

“There are also concerns about the coordination between the federal security agencies and Ondo state-recognized security organizations like the Western Nigeria Security Network, otherwise called Operation Amotekun – The lack of clarity in the role of security outfits recognized by the state on election day could trigger interagency rivalry and make the process prone to violence and manipulation”.

Yiaga Africa calls the attention of INEC and security agencies to notorious blind spots in riverine communities of Ilaje and Ese-Odo LGA known for election rigging, perennial logistics challenges, and threats to polling officials and election materials posed by activities of militants in the region. To ensure the early commencement of polls in those areas, INEC should ensure adequate logistics preparations coupled with heightened security deployment to protect election materials and officials. The Commission needs to increase its oversight in those areas to ensure consistency in applying election guidelines. This call is consistent with Yiaga Africa’s recommendation in the 2016 Ondo and 2019 Bayelsa governorship election observation report on election in riverine communities.

In the recent governorship election, Yiaga Africa reported the late opening of polls in several polling stations. Yiaga Africa Edo PVT findings show that only 4% of polling units commenced accreditation and voting at 8:30 am. Although INEC has shown readiness to deploy its officials and materials early to the polling units, Yiaga Africa is concerned with the Commission’s reliance on the National Union of Road Transport Workers (NURTW) to transport election materials and personnel to the polling unit.  Some members of the NURTW are reported to have endorsed some candidates in the election. These political endorsement puts their integrity and neutrality to question. Yiaga Africa fears that partisan and comprised NURTW members will deliberately cause delays in the commencement of polls in some battleground LGAs by either refusing to deploy or give reasons to delay the process.

“Based on Yiaga Africa pre-election survey, 87% of respondents expressed willingness to vote, thereby indicating enthusiasm on the part of voters to participate in Saturday’s election. – However, the pre-election violence has created an atmosphere of apprehension, leading to further decline in voter turnout. This apprehension is affirmed by 53% of respondents who expressed concerns that political parties will deploy violence during the election”.

Summary of Findings from the Yiaga Africa Pre-Election Observation

Yiaga Africa commenced its Pre-Election Observation (PREO) from August 2020 with 28 Long-Term Observers (LTOs) deployed across the 18 LGAs. The LTOs systematically collect information on the pre-election environment and monitored electoral activities of stakeholders like INEC, political parties, National Orientation Agency (NOA), civil society groups, etc. The observation period’s findings showed increased acts of violence and heightened risks of politically motivated violence triggered by verbal and physical attacks during rallies, vandalism, or the destruction of properties belonging to candidates and their supporters, and attacks intimidation of candidates/party supporters. The pre-election environment was signposted by violent campaign rhetoric and hate speech, excessive use of force by political parties, and unhealthy electoral competition. Beyond the electoral campaign, our findings indicate early commencement of election activities by INEC in line with the timetable and schedule of activities issued by the Commission. INEC, NOA, and civil society organizations, including religious/faith-based organizations, were visibly involved in voter education and citizen mobilization. Comprehensive reports of our pre-election observation can be downloaded from our website – www.yiaga.org or www.watchingthevote.org. Here are key trends in the pre-election environment as reported by Yiaga Africa citizens observers;

We will launch radio Biafra in Daura -IPOB dares Buhari