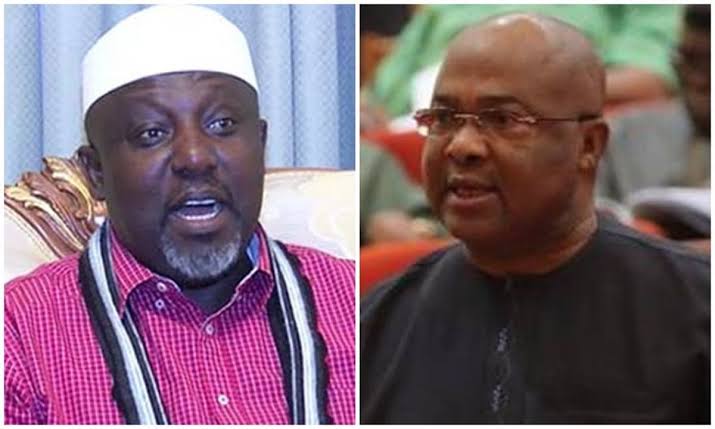 A former governor of Imo State, Senator Rochas Okorocha, has challenged the Governor Hope Uzodimma led Imo state government, to publish the report of money received from the federation account.

Okorocha, through his media adviser, Sam Onwuemeodo, said “Governor Uzodimma should explain what he has done with the N119bn he has collected from the Federation Account and N6.4bn ISOPADEC fund vis-a-vis the IGR. The governor said he came through ‘Ben Johnson’ way and since January 14, 2020, when he came on board, all his actions and utterances have been ‘Ben Johnson’ way.”

Okorocha also challenged the Justice Benjamin Iheaka panel probing contracts awarded during his tenure to the tune of N106bn to publish its report.

The panel had indicted Okorocha and asked him to refund the said amount, which it claimed was fraudulently expended on fictitious contracts. Responding through his media spokesman in Owerri on Tuesday, the former Governor refuted the allegations and urged the panel and Governor Hope Uzodimma to make their claims public.

Onwuemeodo said, “We challenge the government in Imo, led by Senator Hope Uzodimma, to publish the Iheaka report verbatim so that Imo people, in particular, and Nigerians in general, can read the report and see how the panel arrived at N106bn, which it asked Senator Okorocha to refund.

“No serious panel would have made such a recommendation. It could only take a ‘Ben Johnson’ panel to do that. And let the government publish the list of contractors, who handled contracts under Okorocha, state the contracts they did, how much they were paid, how they were paid and what they should have been paid in the estimation of the panel members.