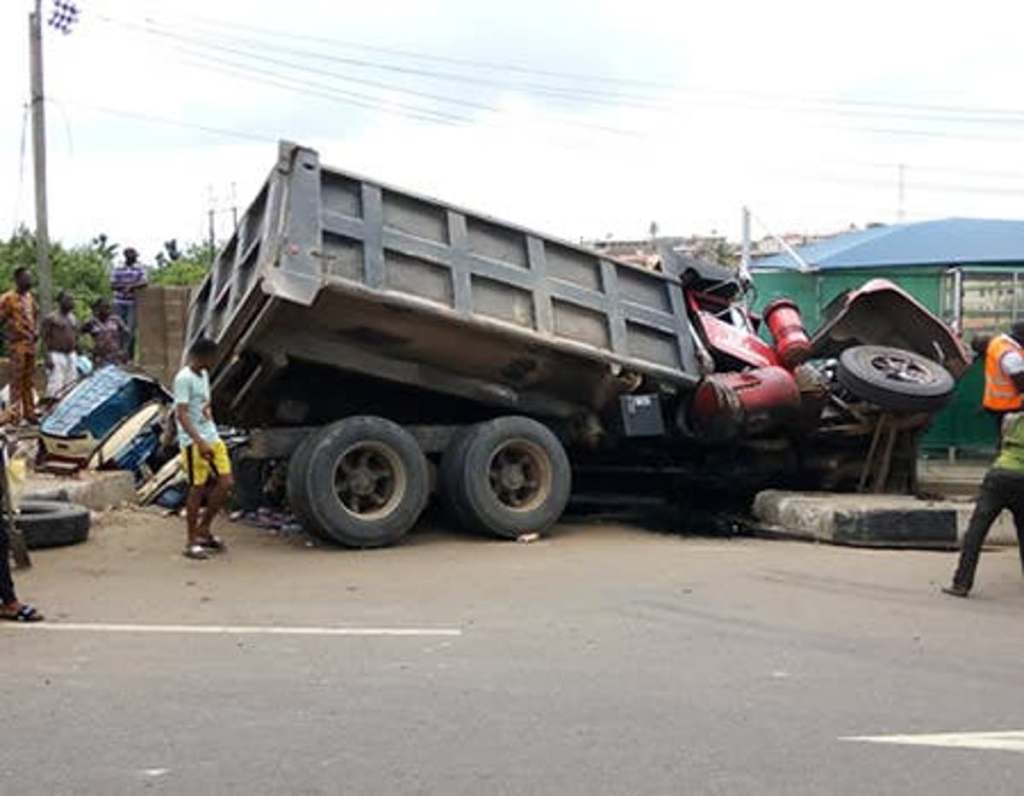 A motorcycle rider and his passenger were on Sunday crushed to death by a Mack truck around Mowe in Ogun  on the Lagos-Ibadan Expressway.

Mr Babatunde Akinbiyi,  the spokesperson of the Traffic Compliance and Enforcement Corps (TRACE), confirmed the development  to journalists in Abeokuta.

Akinbiyi said that the accident occurred at 10a.m. on Sunday  and it involved a Mack truck with no number plate and a motorcycle marked: PKA 147 VF.

The TRACE spokesman said that the motorcycle rider was riding against traffic before ramming into the incoming truck who was heading toward Sagamu interchange on the Lagos-Ibadan Expressway.

“According to  an eyewitness account,  the motorcyclist was riding against traffic (route violation) from the  Redeemed Camp  to Mowe before it ran into the Mack truck which was on its legitimate lane heading toward the  Interchange,” he said.

He added that the corpses of the  deceased had been deposited at Fakoya Private Morgue in Sagamu while the truck and the motorcycle had been taken to  the police custody.