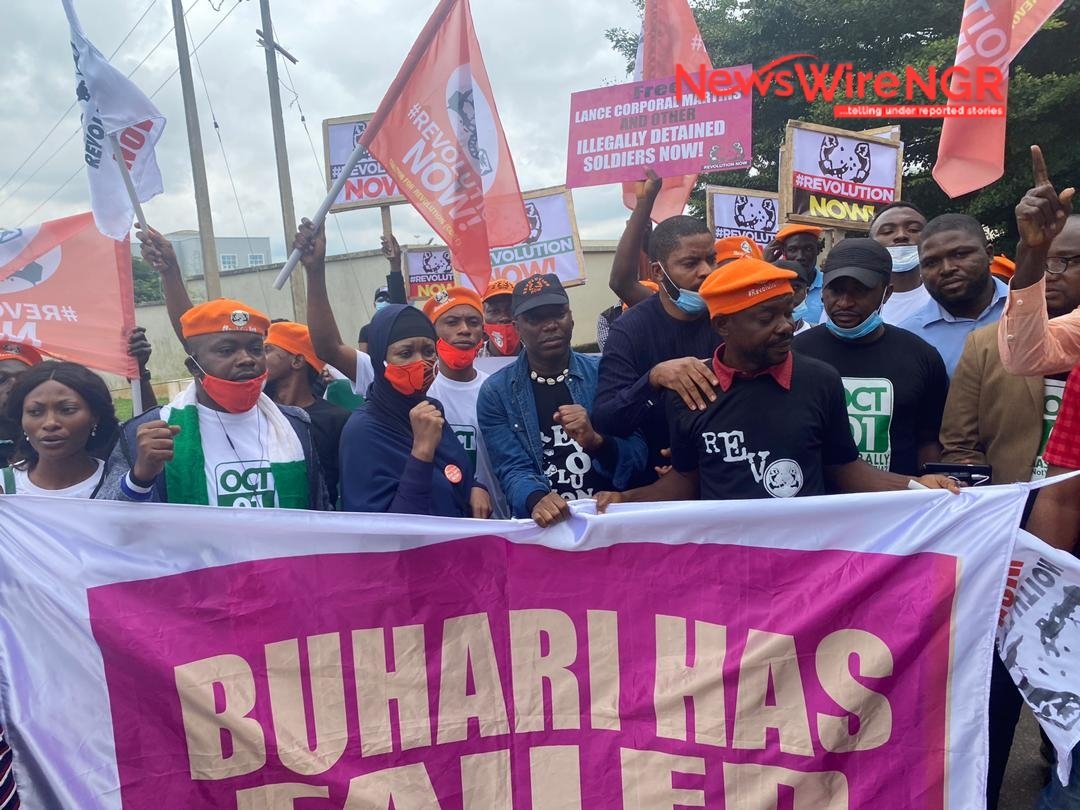 No fewer than 20 #RevolutionNow protesters have been arrested in Lagos. The protesters stormed Ojota and Maryland axis to express disgust against what they termed bad governance in Nigeria.

They chanted anti-government songs before security operatives scooped on them, more details of the events in Lagos to follow..

In the meantime, Security operatives have dispersed #RevolutionNow protesters in Osogbo, capital of Osun State.

The protesters, who converged on Nelson Mandela Park, Old Garage around 9 am, were dispersed almost immediately.

However, they regrouped at Oke-Fia junction and later marched through Old Garage, Orisunbare and Ola-Iya junction, chanting anti-government songs and distributing flyers stating reasons for their agitations