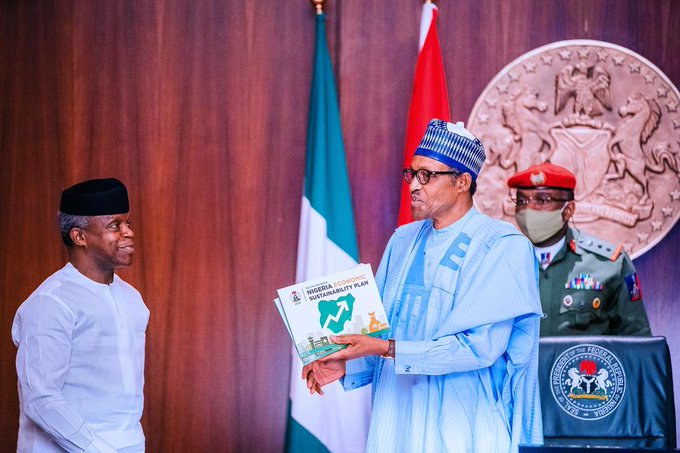 Anorthern socio-political group, the Arewa Consultative Forum, has criticised Vice President Yemi Osinbajo over his recent comments that present cracks could lead to a break up of the country.

While the group admitted that there were unhealthy cracks in Nigeria, it, however, said the Vice-President should not make statements that would worsen tension in the country.

The ACF cautioned Osinbajo against comments capable of creating further tension in the land.

Osinbajo, who was represented by the Secretary to the Government of the Federation, Mr Boss Mustapha, at an interdenominational church service in Abuja on Sunday to mark Nigeria’s 60th independence anniversary, said, “Our walls are not yet broken, but there are obvious cracks that could lead to a break, if not properly addressed.”

At the service, the SGF read Osinbajo’s speech.

The northern body acknowledged that the cracks in the country were unhealthy, but noted that the nation would overcome such.

In an interview with Punch, the National Publicity Secretary of the ACF, Emmanuel Yawe while reacting to the Vice President’s comment, cautioned other Nigerian leaders, to “watch their words.”

The ACF’s spokesman, in an interview with The PUNCH, said, “The cracks are unhealthy, but we expect the Vice President to calm nerves and not make a pronouncement that will aggravate the situation.

“The ACF is hopeful that Nigeria will overcome its current travails as it did in the past and even overcame a fratricidal war to break up Nigeria. To do this, Nigerian leaders like Osinbanjo should watch their words.”