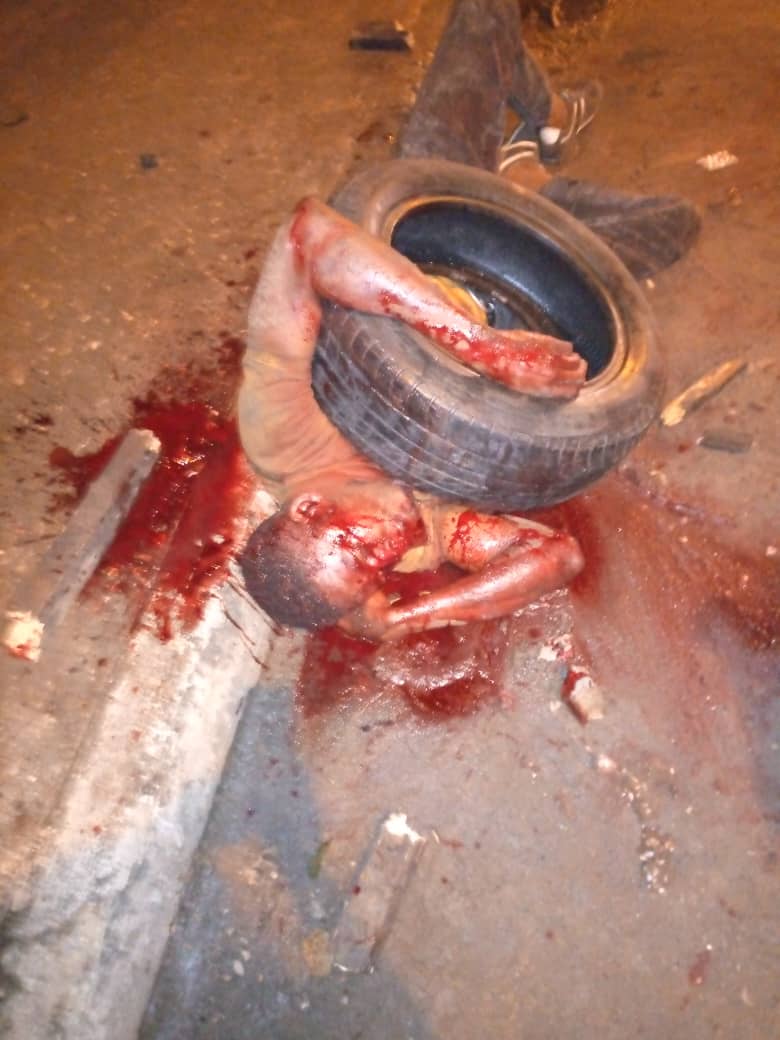 A suspected armed robber fleeing a robbery scene has been killed by an angry mob in Calabar, Cross River State.

According to an eye witness, the supect who was part of a 3-man gang, allegedly attacked a popular super market along the Marian road axis of the town and were about to escape when someone in the shop raised alarm.

The crowd were said to have mobilised against the robbers and chased after them. While one of them fled, two were nabbed and beaten to a pulp with the other dying at the spot.

At the time of filing the report, the police had cordoned the area and were about to move the suspected robbers to the Akim Police Station.