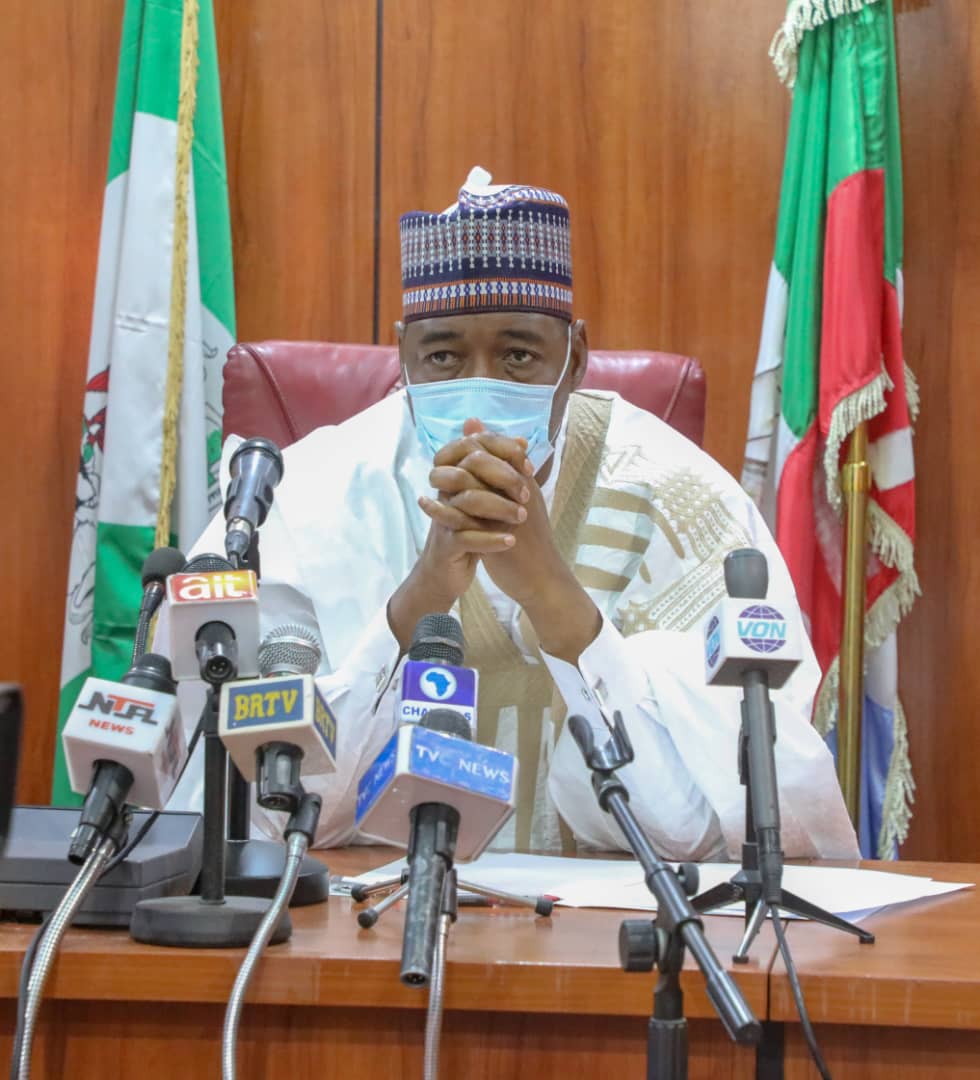 Borno State Governor, Babagana Zulum, has said that feeding over one million internally displaced persons (IDPs) without having access to the means of livelihood would be no longer sustainable.

The governor stated this Thursday when he received the House of Representatives committee on North East Development Commission (NEDC) in Maiduguri.

“NEDC has indeed brought succor to the people of Borno State. However, looking at the huge number of the internally displaced persons in IDPs camps and host communities, it is no longer sustainable for IDPs to depend on handouts from neither NGOs or from NEDC or NEMA.

“The only solution is to ensure reconstruction of communities, rehabilitation and resettlement of the IDPs back to their ancestral homes in a dignified manner.

“If it is not possible to go back to their communities, there is a need for the federal government to provide accommodation to the so that they can settle in a place where it is safe to engage in their means of livelihood.

“Last time even in Monguno alone we spent over a billion naira in a day providing a food, items to the IDPs, yet, we were unable to cover 50% of the total population of IDPs in Monguno.

“You can exhaust the entire budget of the NEDC by providing a food, items to the IDPs in a month, we need your support.

“You can visit any of the IDPs camp, the only slogan you hear is ‘we want to go back home, ‘ if nothing is done I am afraid we will face another serious challenge.

“Right now the insurgents are recruiting many of our children into the sect,” Zulum said.

Zulum also called on the management of the North East Development Commission to work with various state governments to fix the infrastructural deficit in the region.

Zulum solicited the support of the National Assembly, particularly on budget allocation to the NEDC.

Just In: FG makes u-turn apologises for asking all bank, other account holders to re-register