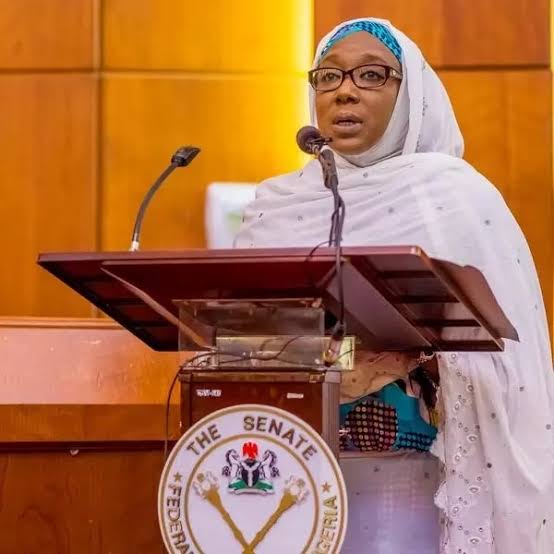 The House of Representatives Committee on the North East Development Commission (NEDC) on Thursday pledged adequate budgetary allocation to the commission to tackle humanitarian challenges in the region.

The Chairperson of the Committee, Khadija Bukar-Abba, made the pledge in Maiduguri during a two-day oversight tour of the NEDC’s activities.

Bukar-Abba said that the committee had taken note of challenges facing the people of the Northeast zone.

She said that given the quantum of work that needed to be done, it became imperative that the commission should be provided with more funding to enable it effectively carry out its mandate.?

?The chairperson said the committee had gone round some of the projects being prosecuted by the commission in displaced communities and IDP camps, noting that a lot of people? need life-saving assistance.

“We have visited some of the IDP camps and had a firsthand experience of the depth of suffering people are going through, especially the women and children.

“We have also seen the impressive works that the NEDC has achieved in such a short period of a year since it began operation.

“But we have observed how overwhelming the work that the NEDC needed to do has been, and how their progress may be affected due to lack of resources.

“We visited Ngwom village in Mafa Local Government, about 18km outside of Maiduguri, and we have seen the 1,000 housing projects that the NEDC has embarked on; we are excited that the project would be concluded before the end of 2020.

“At the IDP camps, we have seen many women and children, and old persons who needed food more than anything else to survive, and we felt the challenges are overwhelming and the NEDC is underfunded,’’ she said.?

Bukar-Abba commended the commission for achieving so much in the last one year, noting that rather than being accused of misappropriation of funds,? “the NEDC is grossly underfunded?’’.

“Our committee and, of course the House of Representatives would not hesitate to approve all the request of NEDC concerning the welfare of the IDPs and people of the Northeast any time they approach us for additional funding,’’ she said.

Commenting, NEDC’s Managing Director, Prof. Mohammed Alkali?, said that some of the properties acquired in the name of the commission were being used as warehouse, offices and accommodation for its guests and staffers.

The News Agency of Nigeria (NAN) reports that in many of the IDP camps, the? displaced persons complained of inadequate classrooms which they said had impeded on ?learning by the children.

Muhammed Abacha?, an IDP official, told the committee that ?their major challenges were ?food and ?education for children.

“We in Customs House IDP camp are facing a serious challenge of lack of food to feed,’’ Abacha said.

“We have only nine classrooms here in the camp and we have well over 3,000 school-age kids in this camp. We need more classrooms, else our children will continue to roam about the camp without any form of education,’’ he said.

Hajiya Yabawa Kolo, the Chairperson of the Borno State Emergency Management Agency, informed the committee that the state government had been providing daily food support and cash to the IDPs

Insecurity: We should speak the truth about things we haven’t gotten right says Gbajabiamila