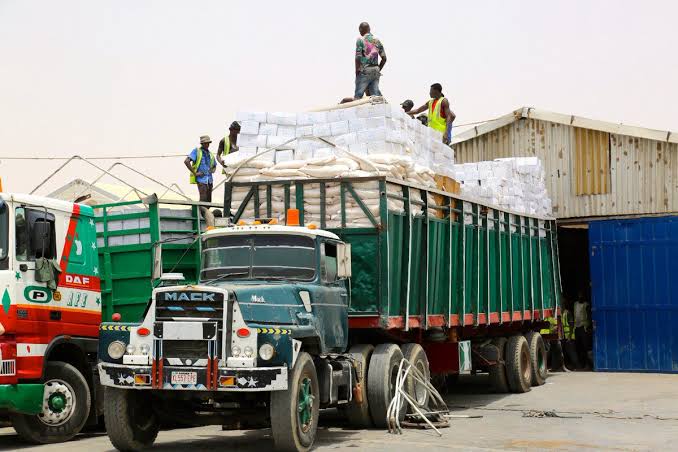 Niger State Government has closed down Minna-Bida road to articulated vehicles to allow speedy reconstruction of the road.

NewsWireNGR recalls that the state government had announced its decision to restrict movement of articulated vehicles on the road  to allow the contractor handling the project to speed up work.

The road was  barricade to stop the heavy trucks from accessing it from Bida.

Alhaji Ibrahim Balarabe, Chairman, state Infrastructure and Monitoring Committee and Chief of Staff to Gov. Sani Bello, led a team from relevant ministries, departments and parastatals to carry out the closure on behalf of the state government.

He said the restriction of articulated vehicles on the state-owned roads would be totally enforced as stakeholders were in support of the decision.

Ibrahim warned that any articulated vehicle caught violating the order would have themselves to blame as the government had carried out wide publicity on its closure.

He enjoined the people to exercise patience and understanding for the inconveniences the restriction would cause, adding that it was for the overall interest of the state.

One of the drivers, Yusuf Ahmed, who was coming from Bauchi and was caught up in the barricade, said the Minna-Bida road was the only motorable road in the area.

He noted that the Bida-Agaie-Lapai-Lambata and Tegina-Birnin Gwari roads owned by the Federal Government, were in deplorable condition and the activities of bandits and kidnappers were on the increase on the routes.