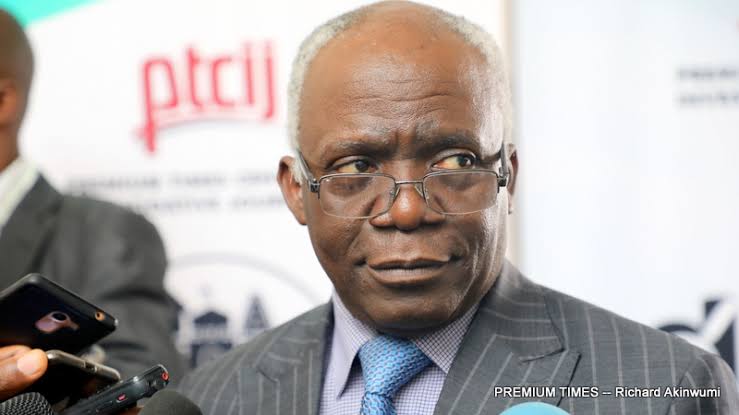 Femi Falana, human rights lawyer, has petitioned the African Commission on Human and Peoples’ Rights in The Gambia over the death sentence handed down to Yahaya Sharif-Aminu, a musician in Kano state.

Sharif-Aminu was sentenced to death in August after a Shari’a court in Kano found him guilty of committing blasphemy against Prophet Muhammad in a song.

The Supreme Council for Sharia in Nigeria asked the Kano state government to execute the court judgment — despite an outcry.

In the petition dated September 8, Falana asked the commission to urge the Nigerian authorities “to stop the irreparable damage that would be caused to the petitioner and his charter rights”.

The senior advocate of Nigeria (SAN) said despite its commitment to the charter, the Nigerian authorities continue to violate the fair trial of the musician which puts him at risk of “imminent execution”.

“According to our information, on August 10, the Upper Sharia Court sitting in Kano, Kano State convicted Sharif Yahaya Sharif of blasphemy and sentenced him to death by hanging. The request for a certified true copy of the judgment of the Court was also not granted on time,” the lawyer said.

“An appeal at the Kano State High Court against the conviction and death sentence imposed on the petitioner has been filed, but we submit that the petitioner will not enjoy a fair hearing, as he continues to face imminent execution by hanging.”

Falana said by denying Sharif-Aminu fair trial, the commission should find Nigeria wanting for violating seven articles of the charter.

“By virtue of the decision to execute the petitioner, find that Nigeria has violated his right to life under Article 4 of the African Charter, and the resolutions on moratorium on executions adopted by both the African Commission on Human and Peoples’ Rights and the UN General Assembly,” he said.

“Find that Nigeria has deliberately and wilfully disregarded the request by the African Commission to the effect that African countries, including Nigeria that still retain the death penalty should fully comply with their obligations under the African Charter on Human and Peoples’ Rights, and guarantee to every person accused of crimes for which capital punishment is applicable, fair trial standards, including access to legal representation.”

The lawyer, who listed measures to ensure that Sharif-Aminu gets a fair trial, urged the commission to ask the Nigerian authorities to “faithfully and fully implement resolutions on moratorium on executions” adopted by the African body and United Nations General Assembly (UNGA).

Related Topics:Femi Falana
Up Next