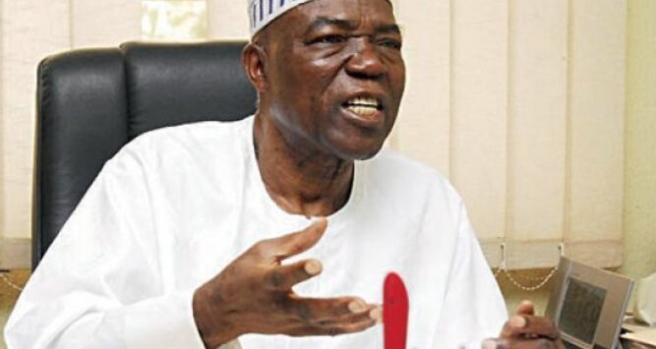 Some prominent leaders of the north-central region have pulled out of the Arewa Consultative Forum (ACF) to form a new group known as the North-Central Peoples Forum.

TheCable Newspaper reports that the leaders said the new group is a part of efforts to tackle the challenges confronting the north-central, particularly the rising security threats in the area.

At the launch of the forum in Abuja on Wednesday, they said the organisation will serve as a non-partisan body with the primary objective of promoting peace and unity in the region.

The forum named Jerry Useni, a former minister and senator, as its chairman of the board of trustees, while Gabriel Aduku, former minister of state for health, was appointed as the interim chairman.

Addressing journalists, Useni said the new group is similar to the socio-political platforms which various regions use to fight for their interest.

“It is in the light of the foregoing that it becomes imperative and pertinent for us as a zone to rise to the challenges and launch our own geopolitical platform from where we can draw the attention of relevant authorities on the need to address various socio-economic, political and securities challenges ravaging our zone,” he said.

“Those of you who are present here today should consider yourself as the voice and true representative of your people whom they have known to have at one time or the other represented them fully at various level.

“Therefore, no sacrifice will be too much on our side to give the people of the zone the peace and development they desire from us as their leaders.

“We will support and cooperate fully with the federal government for full and complete implementation of infrastructures, development projects situated in the zone and the involvement of the people of the zone in the national affairs of the country.”

The forum’s interim chairman said the leaders of the north-central are worried by the killings in the region, lamenting that “lives within the zone have ceased to be sacred”.

“In the face of all the above great endowments and potentials, which should have made the zone both political, economic and socio-cultural hub of Nigeria, it is unfortunately bedevilled by security and developmental challenges of unprecedented dimensions,” he said.

“In terms of insecurity, it is an incontrovertible fact that almost in all states of the zone are people being killed and kidnapped regularly. Lives within the zone have ceased to be sacred.

“The leaders of the forum are no longer interested in the unending theories about the killings, but that they must stop. These have thus made our dear giant an endangered species amongst the comity of the six geopolitical zones of the federation.”

“The process of the amnesty programme was known to the security operatives” – Benue Governor, about the killing of Terwase Akwaza, known as Gana