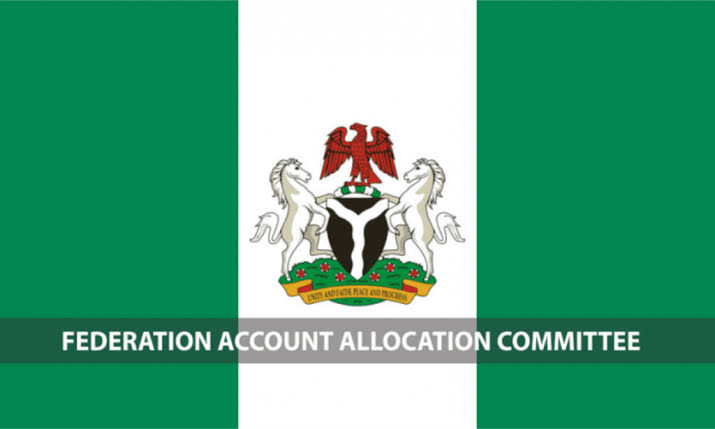 The Federation Accounts Allocation Committee (FAAC) shared N3.879 trillion to the Federal Government, states, local government areas and other statutory recipients in the first half of 2020.

This was contained in the latest edition of the quarterly report on the review of the Nigeria Extractive Industries Transparency Initiative (NEITI) released in Abuja, on Tuesday.

A breakdown of the disbursements showed that N1.53 trillion went to the Federal Government, while the states got N1.29 trillion and the 774 local government areas received N771.34 billion.

For local government areas, the 2020 first half disbursements were 2.64 and 3.04 per cent lower than the corresponding disbursements for 2019 and 2018, respectively.

“FAAC disbursements in the second quarter of 2020 stood at N1.934 trillion.

According to the report, the total FAAC disbursements in the second quarter of 2020 was slightly lower than the N1.945 trillion disbursed in the first quarter of 2020.

This aligned with the projections made in the previous issue of the NEITI Quarterly Review, which projected lower FAAC disbursement in the second quarter.

The report attributed the 0.55 per cent decrease in Q2 2020 to a couple of factors, including rebound in oil prices in the second quarter as a result of ease of lockdowns by countries across the world.

The other was the adjustment of the official exchange rate by the CBN from N307 to a dollar to N360 to a dollar in March resulting in higher naira disbursements.

FAAC disbursements in the first quarter and second quarter of 2020 were very volatile, with the difference in total disbursements between months ranging between N58.9 billion and N199.3 billion.

In the months under consideration in 2020, aggregate disbursements fluctuated by large amounts, compared to 2018 and 2019.

” For comparison, the highest inter-month difference in the first half of 2018 was N62.9 billion, while the corresponding figure for 2019 was N63.5 billion.

“Thus, there have been very wide fluctuations in aggregate disbursements so far in 2020,” the report also stated in part.

NEITI in the report also disclosed that from January to May 2020, actual government revenue was N1.62 trillion, representing 62 per cent of the expected pro-rata revenue of N2.62 trillion from the revised budget.

This, the NEITI said explained a shortfall of 38 per cent in government revenue for the first five months of the year.

As oil prices continue to rise, and with the increased pace of economic activities, it projected that Government revenue will perform better in the second half of 2020, with the possibility of shortfalls in revenue compared to budgeted figures.

On total net FAAC disbursements and deductions for states for the first half of 2020, the report observed wide disparities.