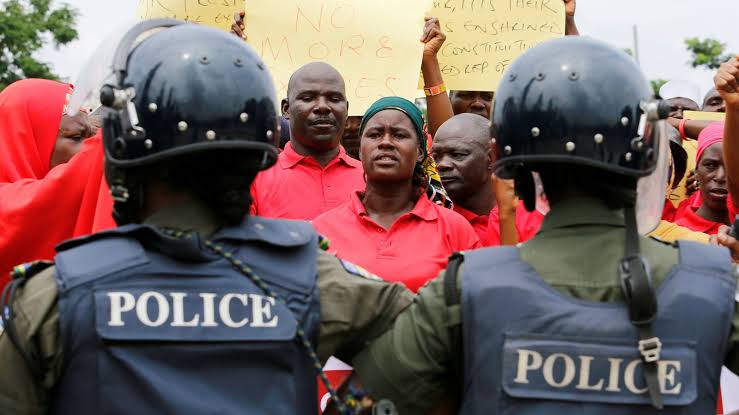 The Borno state police command has disclosed that it would not permit any form of protest or public rallies over the recent hike in fuel price and electricity tariff increase.

A spokesperson for the command, Edet Okon in a statement on Monday, September 7, said there is still a ban on public rallies in the state

He said the police were aware of a plan by some people to embark on violent protests in the state under the guise of demonstrating against the hike in fuel price and the electricity tariff increase among others.

The spokesperson stated the Borno commissioner of police, Mohammed Ndatsu Aliyu has directed that such protests should not be allowed.

According to Okon, the ban on protests is to make sure the peace and security in the state are sustained.

The command pointed out that the organised labour had dissociated itself from any protests in the state.

It warned that any protest will be considered an attempt to sabotage the peace and security in the state.

Related Topics:protestBorno Police
Up Next

“Nigerians are tired” of your rhetoric – Northern Coalition tell Buhari