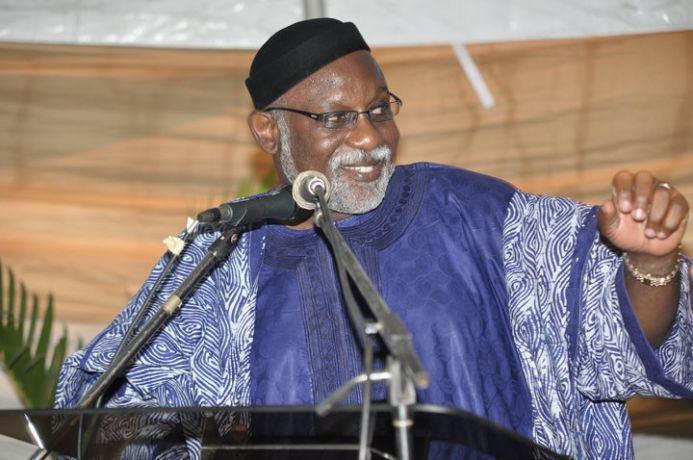 Political thugs Monday for hours laid siege to the Ondo State House of Assembly, causing anxiety across the state capital.

Their surprised presence as early as 730am Monday, according to Vanguard Newspaper reports – it was gathered that their presence was to prevent the nine suspended lawmakers that the court quashed their suspension last week from resuming. Nine lawmakers were suspended by the assembly for refusing to sign the impeachment notice servers on the deputy governor Hon Agboola Ajayi. But not satisfied with their suspension, the lawmakers went to court to challenge it.

Consequently, an Ondo State High Court sitting in Akure ordered they’re reinstated. The trial Judge, Justice Ademola Bola had described their suspension as illegal, null and void and of no effect whatsoever.

Bola held that the House of Assembly, as well as other members, have no power to suspend any member of the Assembly.

The Judge held that the lawmakers must be reinstated into their positions with immediate effect. He also, ordered that a sum of N5million should be paid to each of the lawmakers as damages. Basking in the euphoria of their reinstatement, the lawmakers planned to join their colleagues at the plenary until they met brick walls and made a retreat. Numbering about 100 the thugs manned the main gate of the Assembly complex with their vehicles parked along the road leading to the complex. Many of the thugs were said to be members of the National Union of Road Transport Workers (NURTW). The timely intervention of police detectives, however, prevented the thugs from entering into the complex as they mounted barricades at the entrance of the complex.

The crisis in the assembly started months back following the resignation of the deputy governor and the subsequent plan to impeach but its failure.

Speaking on their aborted resumption, the suspended deputy speaker, Iroju Ogundeji alleged that members from the National Union of Road Transport Workers, NURTW came to the house to kill us on the order of the governor and the speaker.

“They said we should not enter the house to perform our constitutional legislative duties. ” Right now, we are helpless because they are using government power against us. We are only relying on God to come to our aide.