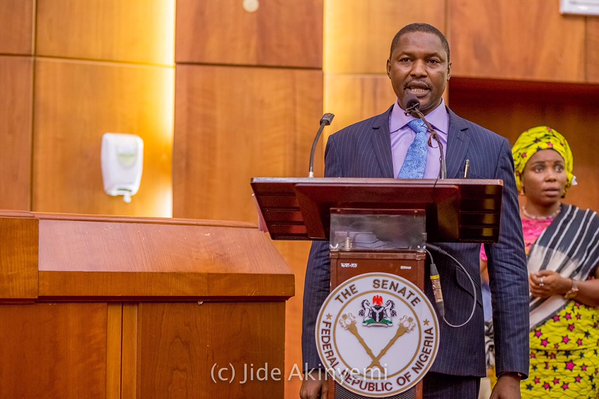 The Attorney-General of the Federation and Minister of Justice, Abubakar Malami, SAN, on Sunday said those alleged to have taken bribes in relation to the $10bn judgment obtained by the British Virgin Islands firm, Process and Industrial Development, against Nigeria, are being investigated.

Malami,  who said this  while featuring on Channels Television’s programme, Sunday Politics, also said some of them were being prosecuted. He said that ongoing investigation has revealed that about $301 million was given as under-hand dealings to some persons in a bid to hide the illegality of the Process and Industrial Developments (P&ID) gas supply and processing deal.

The Punch also reports that his spokesman, Dr Umar Gwandu, had earlier said all those who collected bribes were being investigated.

A United Kingdom court had, in a landmark judgment, on Friday, granted the Federal Government permission to challenge the final arbitral award delivered by a London arbitration tribunal in favour of P&ID and against Nigeria in January 2017.

The tribunal had held Nigeria liable for the alleged breach of a Gas Supply Processing Agreement it entered into with the P&ID in 2010.

But the Nigerian government had approached the UK court requesting an extension of time within which to challenge the final arbitral award on the basis that the GSPA and the award were tainted by fraud.

Justice Ross Cranston of the High Court of Queen’s Bench Division of Commercial Court in London, in granting Nigeria’s request on Friday, agreed that there was prima facie case of fraud in the agreements leading to the award which should be inquired into.

The judge named a former Director, Legal Services of the Ministry of Petroleum Resources, Mrs. Grace Taiga, as one of those who were allegedly bribed by the promoters of the P&ID to prepare a faulty agreement against Nigeria’s interest.

Mr Malami stated that the latest ruling of a court in the United Kingdom, overturning a $10 billion judgement awarded against it, is a result of the progress made from the investigation.

Mr Malami stated that some principal characters that were investigated have been arraigned and there have been certain convictions recorded.

He added that within the government employ, some retired staff have been alleged to benefit from the deal and the investigation will reveal their level of involvement.

“As much as I wouldn’t want to be pre-emptive, the fact still remains that at the local level, some of the principal characters were being investigated, and some were not only investigated but were arraigned and then there were certain convictions recorded.

“Within the official cycles of government, some have retired, and they are being alleged to have been involved in under-hand dealing as it relates to within the region of $301 million.

“The investigation has re-affirmed the fact that there were certain under-hand dealings to the tune of $301 million,” Mr Malami stressed

The Justice Minister also said that the Federal Government is still carrying out more investigations beyond the shores of the country because further findings show that the contract which was signed in 2010, did not follow due diligence.

“There were arraignments, there were convictions and indeed, monies were established to change hands as a basis for inducement that eventually resulted into compromises on processes, compromises on the procedure and then, failure on the part of the officials of government to do the needful in terms of ensuring that the interest of the nation is protected.

“The due diligence relating to P&ID was not adequately undertaken as at the time of signing the agreement, but arising from the investigation, we have taken time to conduct and expand our investigative capacity to other jurisdiction inclusive of the US and there is nothing establishing greater financial strength capacity on the part of P&ID right from the onset either in Nigeria and the Virgin Island.

President Buhari to attend ECOWAS Summit in Niger on Monday