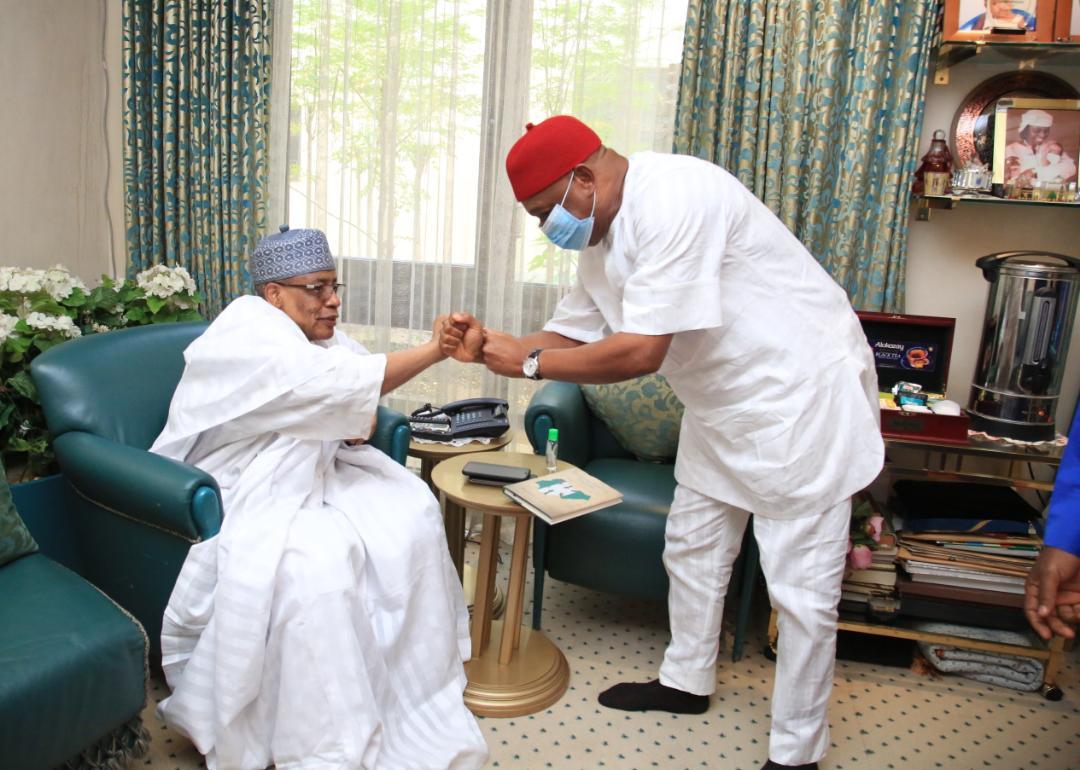 The Chief Whip of the Senate, Orji Kalu, says Zoning is not in the constitution of the APC and the Presidency is open for anyone to contest for

He said the office is an open basket for intending contestants, stressing that the idea of zoning was never constitutional nor contained in the Constitution of the All Progressives Congress (APC).

Senator Kalu made the remarks on Monday in Minna, the Niger State capital where he met with former Military President, General Ibrahim Babangida (rtd), and former Head of State, General Abdulsalami Abubakar (rtd), at their residences.

“Zoning is a party issue, every party has the right to say where they want a position to come from but in APC, there is no issue of zoning. Anybody can contest for the presidency,” he told reporters.

The former governor of Abia State added, “It has not been zoned to any region and zoning is not in the constitution of APC and as long as it is not a constitutional matter of APC, the Presidency is an open basket which anybody can fight for”

Commenting on the state of insecurity in the country, Senator Kalu believes there is sabotage in the system which must be urgently addressed by the authorities.

He, however, commended President Muhammadu Buhari for his efforts on security and gave an assurance that the Senate would continue to push for efficiency among the security organs in the country.

The lawmaker said, “Security is a big challenge to everybody and the Senate is going to address this issue.

“Insecurity has defied any solution. I see a lot of sabotage in this issue of insecurity and I can assure you that the Senate will address the issue of sabotage.”

“The President must be very angry about what is going on; he is a known army general, top-class General and Commander in Chief. He is not happy at all and I am sure he is working to address it,” Senator Kalu stated.

Related Topics:BabangidaOrji Kalu
Up Next

EFCC Investigations are proof that corruption is no longer tolerated – Presidency