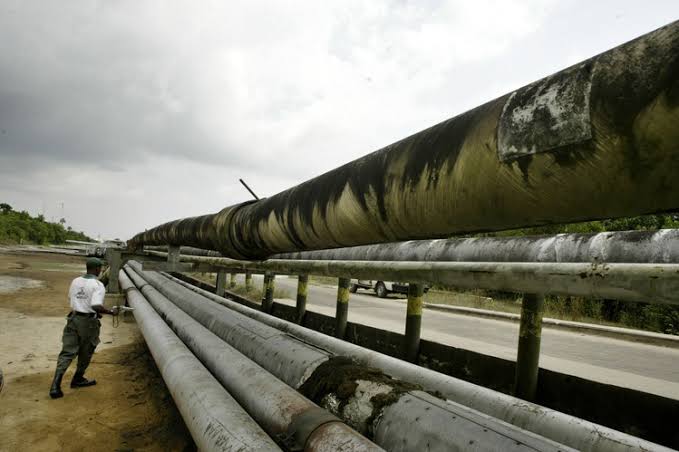 The News agency of Nigeria reports that Acting Head, Lagos State Fire and Rescue Service, Mrs. Margret Adeseye, confirmed the development in a statement signed by Mr. Jamiu Dosunmu, spokesperson for the fire service, after visiting the scene.

Adeseye was quoted as saying that the fire service received a distress call from residents of Peace Estate on Sunday at about 5.41 a.m. after Petrocam Bus Stop, Isheri.

She added that firemen from Ikotun Fire Station were swiftly mobilised to the scene.

“On getting there, it was discovered that premium motor spirit (petrol) was gushing out from the pipeline linking Isheri to Igando and environs of Alimosho,’’ she said.

Adeseye said the NNPC pumping operations had been suspended to forestall any incident.

She added that firemen were putting the situation under control while the Nigerian Security and Civil Defence Corps personnel were providing security in the area.

Adeseye, however, advised members of the public, particularly residents within these corridors, not to make open fire along these areas in order to avert danger pending the conclusion of repair works by NNPC.

Related Topics:NNPCNNPC pipeline
Up Next