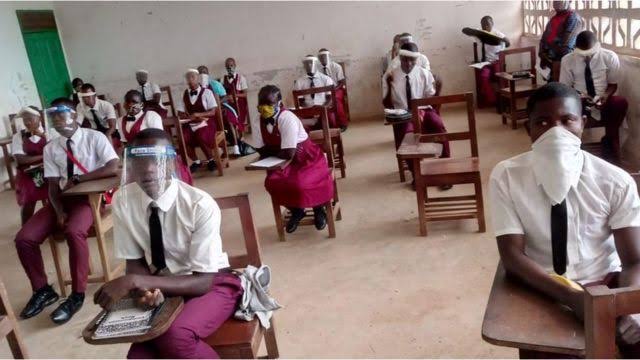 Seven more returning students have tested positive for the Coronavirus in Gombe State, following the testing of their samples in the Covid-19 Molecular Laboratory.

The Commissioner of Education, Dr Habu Dahiru, told journalists in Gombe State that the result came about because of the proactive measures adopted by the State Government in providing a safe environment for students writing the West African Council Examination.

Dr Dahiru said the governor directed that all students writing the examinations, especially those coming from epicentres should be subjected to the testing, so as to isolate the positive cases in safe isolation centres and provide them with the opportunity to sit for their final examinations, as well as protect the other students from contracting the disease.

He said so far, the first positive case to be detected, from the Government Science Secondary School, Gombe, had been writing the examination from the Isolation Ward at the State Specialists Hospital, where beds were equally being prepared for the seven additional positive cases.

The Gombe State Commissioner of Education said the move was a laudable one because it will protect a lot of students from the disease.

“Even the initiative to say we will start examining teachers and students. If we had not done this, we wouldn’t have not gotten this child and this child would have been infecting other children, not only in the students but also the staff and the other non-academic staff, because he will mingle with the staff in the staffroom or in the hostel. So, it is quite a proactive measure for us to have identified him,” Dr Dahiru said.

He said the new set of students identified with the Coronavirus were from the Government Girls Secondary School, Doma, who were tested at the newly established Gombe State Molecular Laboratory on Tuesday, saying the process is on to evacuate them to the Isolation Centre at the State Specialists Hospital, where they will equally be writing their examinations from.

“We will not allow them to miss any of their papers because they tested positive,” Dr Dahiru said.

He said the testing became easy for the Taskforce, because of the establishment of the 120 million naira Molecular Laboratory in the state, which the National Centre for Disease Control certified and had started testing.

Dr Dahiru said the taskforce swung into action as soon as the results came out positive and isolated the seven positive cases by keep them aside and now ready to be moved to the Isolation Centre, where their beds were being prepared, to protect other students mingling with them.

He said before now, Governor Muhammadu Inuwa Yahaya approved the procurement of all items recommended by both the National and State Taskforce for the safe reopening of schools, met with proprietors of private schools and principals of public schools to enlighten them on the basic requirements for reopening of the schools in a safe manner.

“One of which is to fumigate schools and provide facemasks for each and every student and staff and then we had also arranged to conduct test for every returning student and staff of the schools. So, we started this tested these tests and gave preference coming from epicentres states. All those places that have registered high cases of Coved-19,” Dr Dahiru explained.

He said in all over 1,100 cases, out of which they confirmed the eight positive cases.