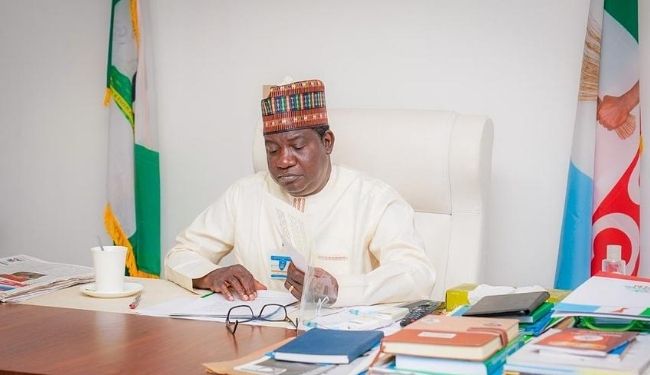 Plateau State Governor, Simon Lalong, says the fight against sexual, gender-based violence, and rape must be fought with a lot of attention to ensuring justice for victims and rehabilitating them.

Governor Lalong was speaking at a webinar on addressing sexual, gender-based violence, and rape in Nigeria organised by a Non-Governmental Organization, Gideon & Funmi Para-Mallam Peace Foundation.

The Governor regretted that the problem of sexual, gender violence and rape has taken “alarming and disgraceful dimensions in Nigeria in recent times which must not be allowed to go on”.

Lalong continued, “One thing my administration takes very seriously is the prosecution of rape and sexual offenders. Following an increase in rape cases in the country, and I have directed the Attorney General and Commissioner for Justice to step up vigorous prosecution of offenders no matter their status. And will soon, open a Sexual Offenders Register where the data of convicted offenders shall not only be deposited, but their identity made public so that they are named and shamed. And believe that they are the ones that are entitled to stigmatization, not their victims.”

On the role of the Northern Governors Forum in tackling the situation, the Governor said “Under his leadership, the Nigerian Governors Forum has declared a state of emergency on the increasing rate of sexual and gender based violence in the country. “We have all resolved and condemned all forms of violence against women and children”.

The Forum also resolved to ensure that member States promulgate laws with stiffer penalties. *”As part of our resolve, Governors are to ensure the domestication of the Violence Against Persons (Prohibition) Act, 2015 in their various States without further delay”.

British High Commissioner to Nigeria Catriona Laing said addressing gender violence and rape is a challenge that must be handled wholistically with the cooperation of all stakeholders where there is condemnation and intolerance for perpetrators as well as succour for the survivors.

The Nigerian High Commission in Canada has been closed